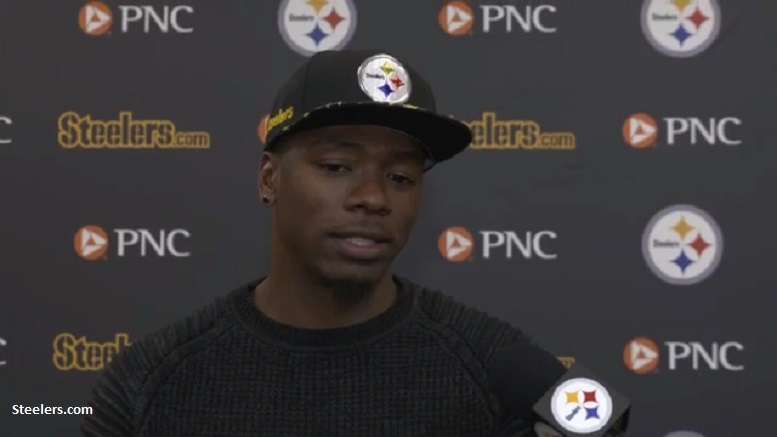 Due to all the injuries the Pittsburgh Steelers currently have at the cornerback position, it’s not hard to imagine newcomer Coty Sensabaugh seeing a lot of playing time in the team’s Friday night preseason opener against the New York Giants. Ahead of that game taking place, Steelers defensive backs coach Carnell Lake talked about Sensabaugh a few days ago during an interview on Steelers Nation Radio.

“Over my time here, 17 years, there’s always been at some point, a free agent who’s come in to help, kind of stabilize a secondary, add experience to the secondary, give you a guy that you can plug and play right away and he gets it,” Lake said of Sensabaugh, who the Steelers signed as an unrestricted free agent this past March. “He can run with it. You give him a few instructions and he’s got it.”

“There’s not a, ‘I’ve got to take this guy who’s just one big block of clay and I’ve got to chip away every day and mold this guy into a DB.’ Coty’s that guy that’s already molded. You’ve just got to give him some instruction, you’ve got to program him a little bit and then send him on his way, per-say, and Coty’s that guy. He’s allowing us to give a little more flexibility in our depth by being able to take an experienced guy and plug and play.”

Sensabaugh’s path to the Steelers has already gone through a few other NFL cities. After originally being drafted by the Tennessee Titans in the fourth round of the 2012 NFL Draft out of Clemson, he played for them for four seasons and that included him starting 17 total games. From there, Sensabaugh signed a three-year, $15 million contract with the Los Angeles Rams in March of 2016. His stay with the Rams was short, however, as he was released early in October. He then quickly signed with the Giants and finished out the regular season with them.

As mentioned earlier, the Steelers have had quite a few cornerbacks go down injured so far during training camp and that, in turn, has resulted in Sensabaugh playing with the first-team defense on the outside and opposite Ross Cockrell during practices. That means he’s had quite a few reps against Steelers wide receiver Antonio Brown and not surprisingly, most haven’t reportedly gone in Sensabaughs favor.

During his Wednesday press conference, Steelers head coach Mike Tomlin was asked what he’s seen out of Sensabaugh since he’s been forced to play with the first-team defense.

“You know, not a lot,” said Tomlin. “I think what we do in stadiums often times define us. This guy’s a veteran, so I’m not overly shocked by his competence at practice. He’s been highly competent, but I’ll be interested and excited to see him in game action.”

Sensabaugh’s first game action Friday night figures to come as a starter so make sure to be on the lookout for him early. He might even be forced to play into the second half depending on how things go and he’ll be expected to take advantage of the opportunity.

“Obviously, availability lends a lot to the competition,” Tomlin said about the number of cornerbacks on the roster currently dealing with injuries. “We’ve had some guys that hadn’t been available, so in some instances, it hadn’t been as competitive as we would like. Hopefully, those guys will get back to us and we can continue with that process. In the meanwhile, though, one man’s misfortune has created growth opportunity for others, an increased number of reps for others, and I like the way some of those guys are working with the opportunity given.”