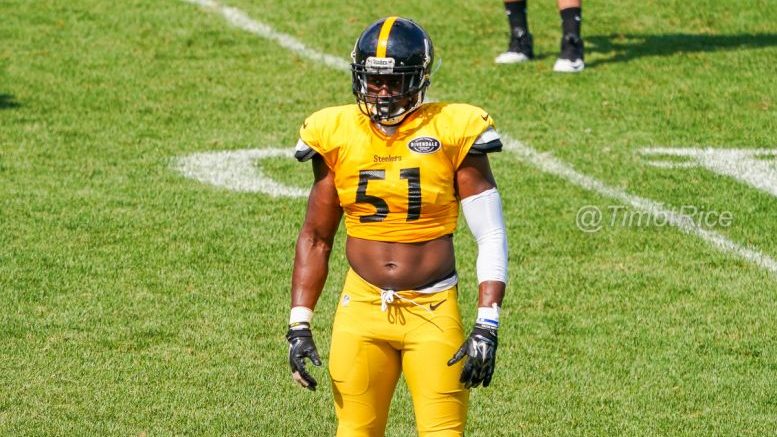 Updated Pittsburgh Steelers’ roster prediction as we get closer to the cutdown date. Not many changes from the last one but there are still several positions that are fluid.

Analysis: Dobbs continues to prove why he’ll be the 3rd stringer this year. And that’s perfectly fine.

Analysis: The third back still isn’t locked in yet but Davis has been decent on kick returns and looking good covering kicks, a big plus in his corner. Encouraging to hear Trey Williams is getting work returning kicks but he still has a ways to go.

Analysis: And I won’t make any here either. Justin Hunter still hasn’t proven enough in a stadium to get the nod. Looking good in practice isn’t enough for a guy of his skillset. Coates hasn’t this year either, of course, but has a more familiar resume. DHB still kept for the reasons I stated before.

Analysis: In a vacuum, Jake McGee has had a better camp than Grimble. But blockers are dime a dozen and I think about what the Steelers want to do with their third tight end. Todd Haley has shown the desire to go spread/empty out of heavy personnel and Grimble is still undeniably better. If they want a third blocker, just bring in Chris Hubbard.

Analysis: Team taking a long look at Matt Feiler but just not enough room for him. He would’ve been the next player I would’ve added.

Analysis: Maybe they look outside the organization to replace Maxey but I think that’s unlikely.

Analysis: I felt like I needed to have one shakeup on my new roster prediction. It’s a stretch but Arthur Moats is clearly the last guy off the OLB bench. Is he a better special teamer than Steven Johnson? I don’t think so. And Chickillo is comfortable playing either spot so there isn’t anything extra Moats brings there.

Analysis: Was tempted to put Dashaun Phillips over Mike HIlton (if the Steelers are going to shake things up, you gotta do something surprising, otherwise your mission failed), but Mike Tomlin mentioning him at his press conference and the fact I haven’t seen Phillips makes me hesitate,

Hilton has had a better camp than Allen but would the team carry so many slot corners (Gay, Hilton, Phillips, Sutton?).

Analysis: The fact a guy like William Gay has gotten a couple snaps at safety indicates they plan on keeping just four and need an emergency backup.

Analysis: Couple of changes. McGee over Phazahn Odom. Flat out earned it and if he doesn’t get the nod, it works counter to what Tomlin preaches (every guy has a chance). Huguenin for Keion Adams. Still sticking with Kelsey, Phillips seamlessly takes Greg Ducre’s spot and I like Golden as an athlete and a tackler. With only four safeties on the 53, they can carry a pair here.

Had to bump Francis Kallon off. Came down to him or Cooper. But Cooper needed for extra depth. Pouncey and Foster get more days off than Heyward and Tuitt.