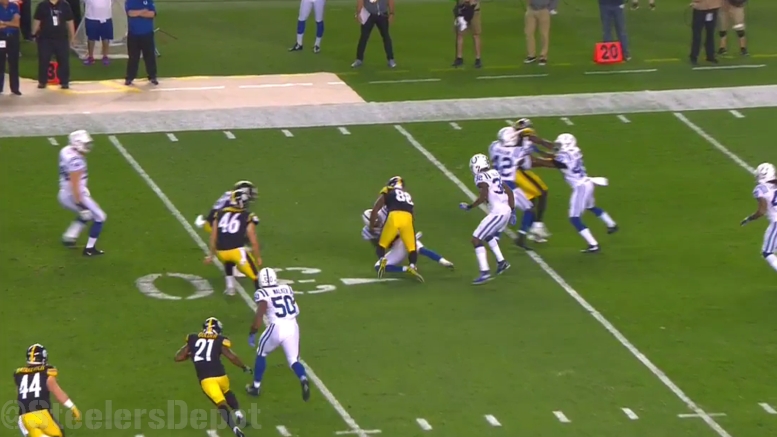 If you are among those who are hoping to see free agent acquisition Justin Hunter earn a spot on the 53-man roster for the Pittsburgh Steelers this season, then this may not have been the game for you to watch.

Now, if you are among those who are hoping to see veteran Darrius Heyward-Bey stick to the roster, then you might have had a bit of a better time, even though, quite simply, neither veteran wide receiver did anything spectacularly. But I think the game clearly showed where the pecking order is.

Unless I’m mistaken, Hunter once again did not play on special teams at all. This being the third preseason game, where the ‘starters’ play even on special teams, Heyward-Bey was there as a first-team gunner, and he was responsible for making the tackle on the returner on the first punt of the game. Then he downed the next one.

He was only targeted twice in the passing game, first on a deep ball that was slightly underthrown, despite showing off his still-impressive speed in running by the defensive back. The second was a short pass over the middle in which he made one defender miss before being tackled after four yards.

As for Hunter? It doesn’t appear as though he even played very much at all. In fact, his only target, coming about midway through the third quarter, was on a deep ball that seemed to be well-placed, but he had trouble tracking it. It looked as though he was losing his shoe in the process.

The former second-round pick had a nice short catch for a touchdown that required second effort on Sunday against the Falcons, but he was rather quiet last night, and for an outsider looking to gain entrance, that is not what you wanted to see from him tonight.

Hunter’s only opportunity left to gain some notice will now come on Thursday, and it will come against a bunch of backups. For a veteran such as him, that is not going to be very illuminating about where he is. There is no reason that a player with four years under his belt and impressive natural physical traits should not at least be able to make some plays against reserves.

It is my current estimation that his lack of special teams contributions—I don’t believe he played there at all, once again, and only has four special teams snaps in his entire career—are going to doom him when it comes to making the 53-man roster, which is something that I suggested early in training camp when he was flashing. He always flashes in training camp. But he has three receptions for 16 yards and a touchdown.

That is not going to get you a roster spot. As for his other presumed competition, Sammie Coates had just one reception for one yard—on which he made a defender miss—and has four receptions for 21 yards in two games so far. He was also a starting gunner with Heyward-Bey last night.