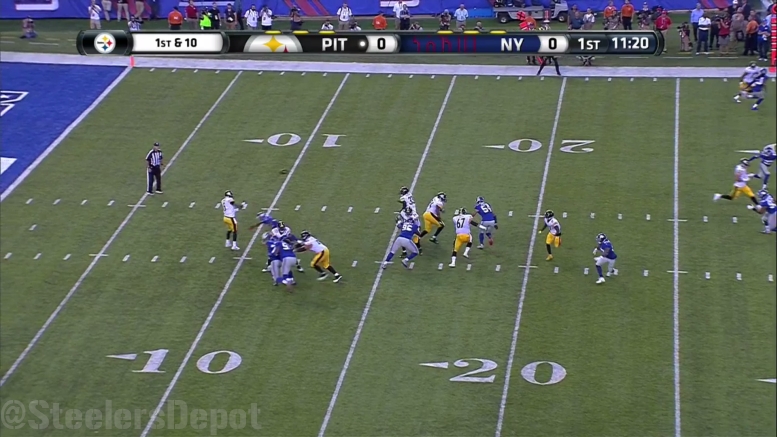 In a year in which there were some—perhaps many—who worried that the quality of talent at the quarterback position during the draft was dubious at best, we certainly saw a number of encouraging performances from some of the top names that came off the board, including Mitchell Trubisky, Patrick Mahomes, Deshaun Watson, and DeShone Kizer.

Two rookie quarterbacks squared off last night between the Giants and the Pittsburgh Steelers, with the former trotting out third-round pick Davis Webb at the end of the game with the third-string personnel, and the latter giving fourth-round Joshua Dobbs the opportunity to start the game—though there was really no other viable alternative, given their circumstances.

Veteran backup quarterback Landry Jones has been dealing with an abdominal injury for the bulk of the past week, and Ben Roethlisberger is obviously far too valuable to see much of any playing time in the opening game of a preseason schedule, so that left just Dobbs and undrafted rookie camp arm Bart Houston to command the offense against the Giants.

And I think that Dobbs showed that night why he is not being rushed into a role to serve as Roethlisberger’s backup quarterback during his rookie season, because while he may not have been working with a full deck in terms of the personnel around him on offense, he showed that he still has plenty of things to work on before he can be relied upon.

Personally, my biggest takeaway from Dobbs’ performance last night was the fact that he showed his accuracy to be of legitimate concern…or at least, shall we say, interest. He struggled frequently, from his first snap to his last, to connect on short and intermediate passes.

Even a number of the six short to intermediate passes that he did manage to connect on with his receivers were the result of his targets overcoming inaccurate passes that were either thrown too high or too wide in one direction or another. An early running back screen pass was thrown too high, for example.

There is no need or reason for the Steelers to rush the development of Dobbs. His rookie season should be a period of learning and adjusting his mechanics to the NFL level. Jones will remain the backup for a little while longer, to the chagrin of many.