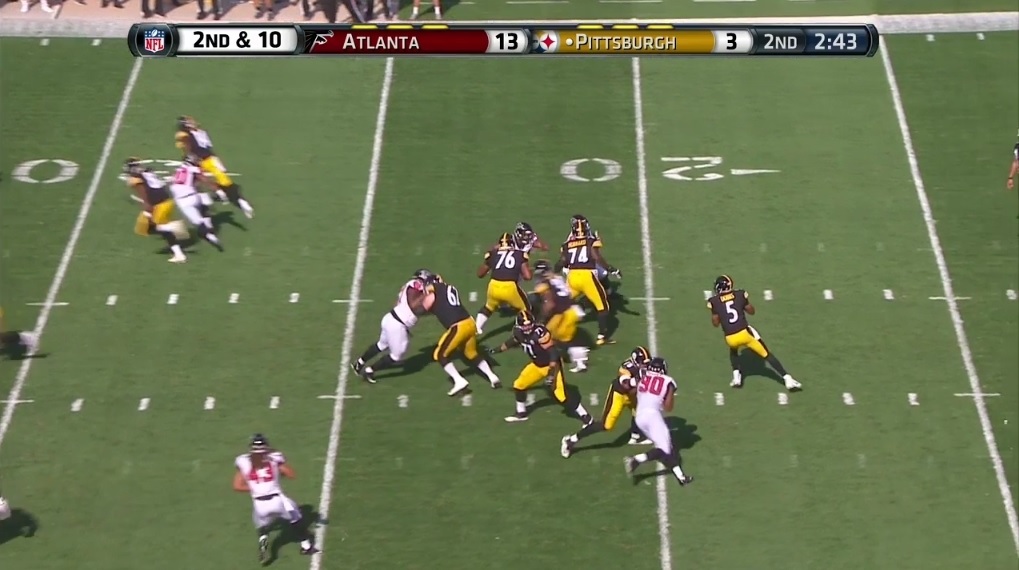 Though many Pittsburgh Steelers fans would disagree, Josh Dobbs says there was positive takeaways from his second NFL start Sunday afternoon.

“I did a lot better,” Dobbs said after the game via Steelers.com. “Getting in, having more time at the line of scrimmage to do different things. So there was an improvement.”

The stat sheet tells a different story. Dobbs finished the game 10/19 for 70 yards and an interception, though it’s important to point out he fell victim to two James Conner drops that would’ve kept drives alive and made his completion percentage look better.

Not that Dobbs thinks he’s a finished product either.

“Tomorrow will be a chance to go back, watch the film. See things I did well. Things I can continue to grow on. And I’ll have another list of things next week to continue to improve on.”

Dobbs makes the important point of quarterback play. It isn’t all about what is done post-snap and that can often be tied to what the quarterback does before it. Getting the call, communicating it clearly, and getting out of the huddle in timely fashion. Dobbs has consistently shown that throughout camp while, for comparison’s sake, Bart Houston, has still struggled. Case in point, a delay of game penalty by Houston on 3rd and goal from the one late in the game.

Of course, that doesn’t absolve the issues Dobbs still showed. Errant passes on short to intermediate throws and an awful decision on his interception.

Next weekend, he should see a reduced role as Ben Roethlisberger gets his tune up game and Landry Jones has a good chance to return to the lineup. That’ll allow him to learn from the sidelines, something he hasn’t been able to do much the first two weeks. It’ll let him watch a game from a different perspective and watch one of the best in the business go to work.

While Dobbs has had an inconsistent camp, it’s nothing to be alarmed about. And certainly no reason to clamor for Houston, as some have, who has clearly been worse. Growing pains are expected of any rookie QB. He’s shown the mental makeup to bounce back, a critical trait for better success down the road.