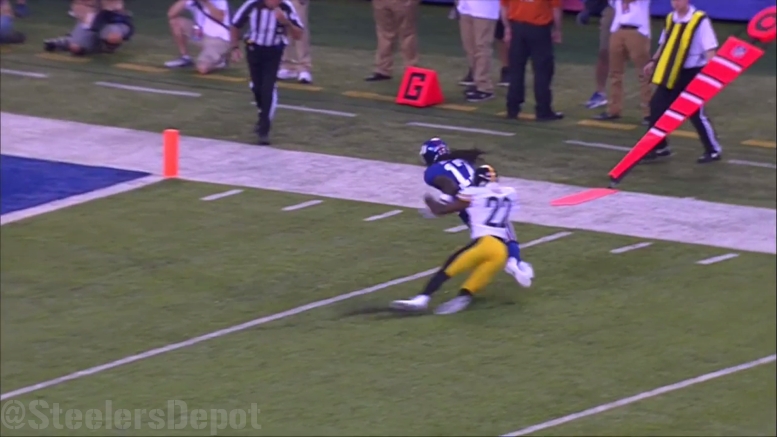 If the early portions of the preseason are anything to go by, then the Pittsburgh Steelers are not particularly interested in the vocal section of the fan base that is prepared to send starting cornerback Ross Cockrell to the bench, and nickel cornerback William Gay to the unemployment line, as both appear set to resume their starting positions from last season.

It is true that the Steelers have had to deal with a number of injury issues at the cornerback position during training camp, most notably with Senquez Golson suffering an evidently serious hamstring injury, and rookie third-round pick Cameron Sutton still only just working his way back from injury.

The two veteran cornerbacks would be taking the starting snaps anyway, but they did nothing during their preseason debut to suggest that the coaches should be hoping for a darkhorse candidate to take their place by the time the regular season starts.

While the starters did not play too deep into the game, there were a few plays of note, and I will look at two from each of them. Gay made a veteran play inside the red zone on second and three out of the slot to sniff out an option route and get the receiver down after a two-yard reception on second and three.

With the Giants facing a third and one on the subsequent play, Cockrell came off the defensive left-side perimeter on the run blitz and successfully brought down the ball-carrier for no gain. The offense did manage to convert on fourth down, however, on a run up the middle.

Still on the same drive, only now further back following a sack, the Giants faced a third and goal from the nine when the quarterback threw short of the goal line. Gay, playing the goal line, one again quickly read the route and broke up the play, though even if he hadn’t it seemed doomed to come up short.

Finally, the Giants offense had a quick turnaround due to an offensive interception going the other way, giving them first and goal at the five. Cockrell had man coverage on the outside and did a good job of playing the receiver to get an indication for the throw. When the receiver reacted, the cornerback turned and batted the pass away in the end zone.

Though Cockrell is still fairly young, he is a veteran at this point, and should have the best season of his career. Gay continues to play well when lined up in the slot. This appears to be the course set for the 2017 season, and it is not a bad one, considering the alternatives.