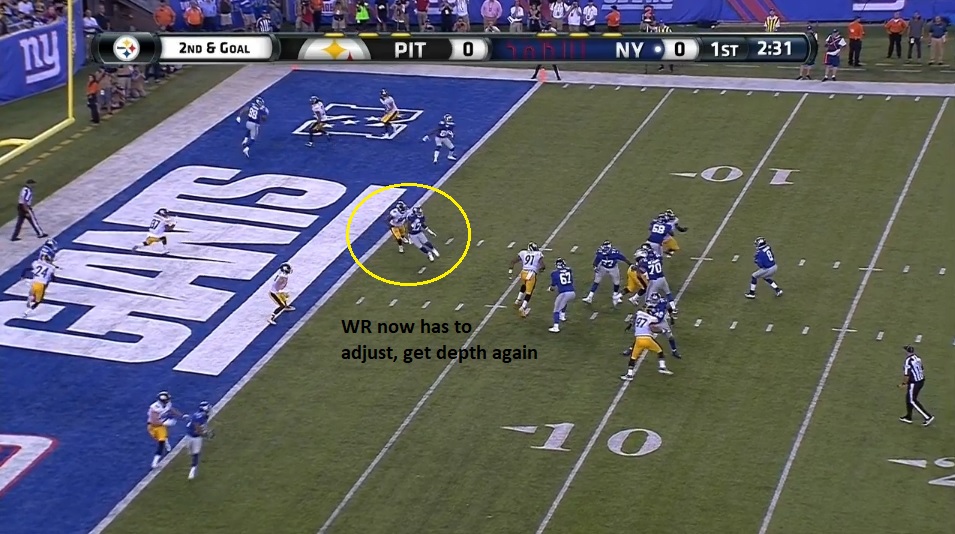 And no, it doesn’t always have to come from the secondary. Much has been made of the secondary evolving this season. Bigger corners. More man coverage. While it’s hard to learn a lot about coverages from the Pittsburgh Steelers’ game Friday, partly because it’s the preseason, partly because we don’t have All-22 tape.

One area we could plainly see was the linebackers. And the Steelers are showing more physicality, even in zone coverage, to bump receivers off their route to disrupt depth and timing. Two examples.

Here’s my favorite of the two. Giants driving, inside the ten. The slot receiver runs a crossing route with the intention of getting depth to inside the goal line. Vince Williams, dropping into his zone, reroutes the receiver, bumping him in front of the goal line and forcing the receiver to get his balance and work to get to his original depth. 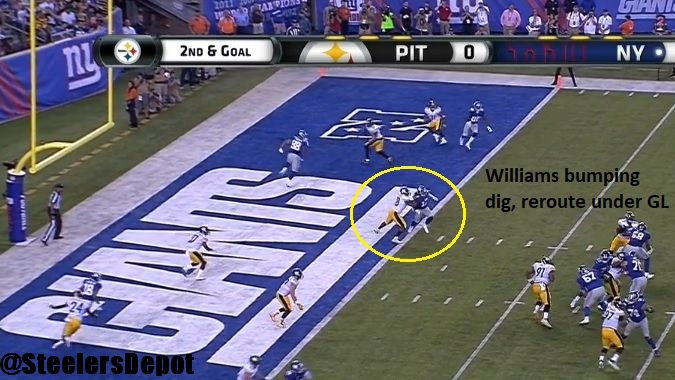 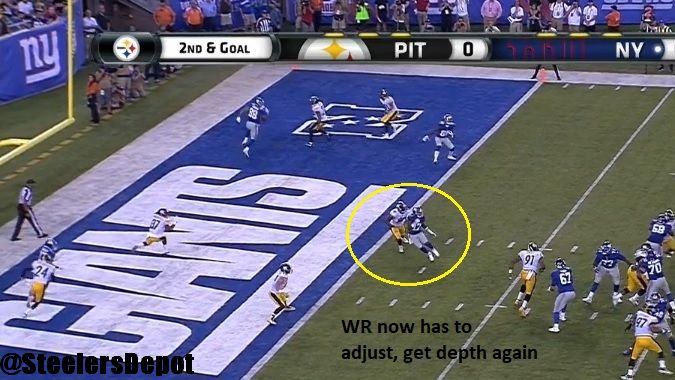 It’s tough to tell but it looks like QB Josh Johnson wants to hit the crosser once he clears the linebacker and into the next window. But with him getting bumped off, the timing is screwed up, and Johnson looks elsewhere. Play ends in an Arthur Moats’ sack.

Another example from the third quarter. 3rd and 4. Steven Johnson, #51, does similar. Begins to carry #3 downfield, passes him off when he gets vertical, and attacks the crosser coming from #2 (an “in” call, common part of pattern matching). That’s what Johnson does, forcing the receiver short of the sticks and then doing a nice job of pressing him laterally. 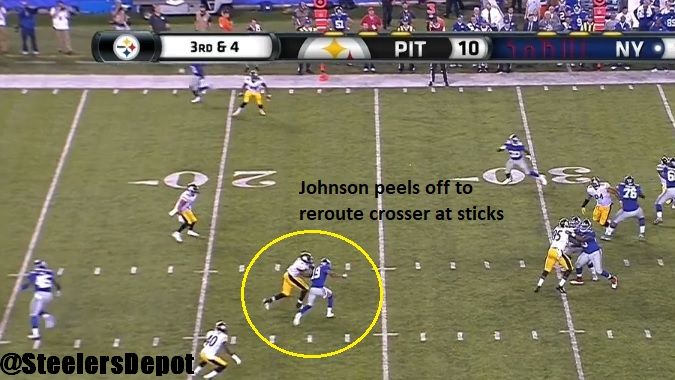 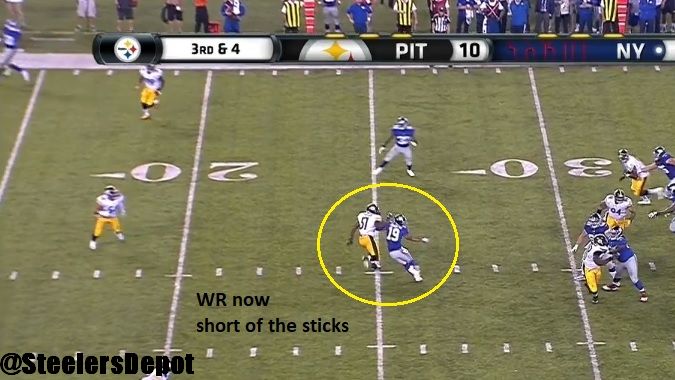 It’s just an important part to the coverage as the cornerbacks pressing at the line of scrimmage. Too often, players running crossers and down the seam were too free and left alone. There was no disruption by the Steelers to bump those guys off their routes, force them to adjust and reroute.

And while we’re not talking about ideas that are brand new or the Steelers have ever done before, clearly, it’s something worth watching throughout the year. What I saw against the Giants was encouraging.