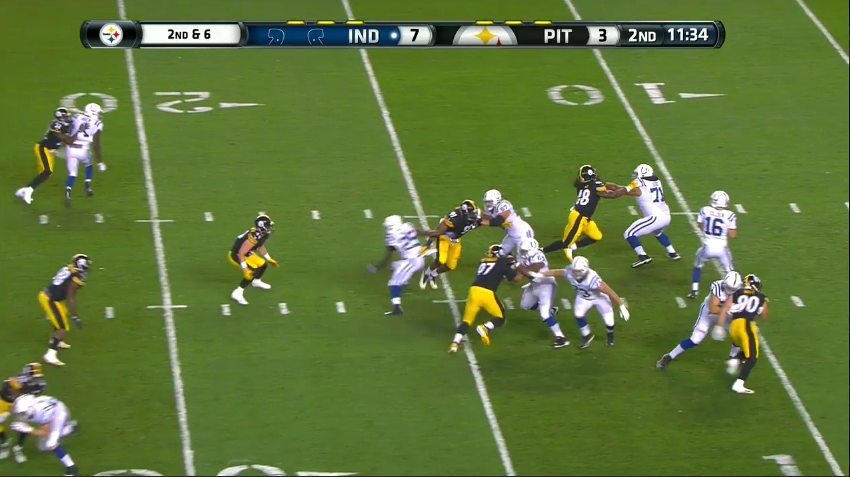 One of Bud Dupree’s first pass rushes of the year was bad. Worse than bad, ugly, maybe the poorest one you’ll see from him all year. But that woke him up for the rest of his outing against the Indianapolis Colts and from there, he rushed smart and effectively.

So let’s look at that rush. Dupree, lined up as the LOLB, gets run way up the arc. No idea what happened here. Guess he thought he could bend the edge and didn’t realize he couldn’t until it was too late. Right tackle rode him upfield, preventing pressure or even any semblance of rush contain. 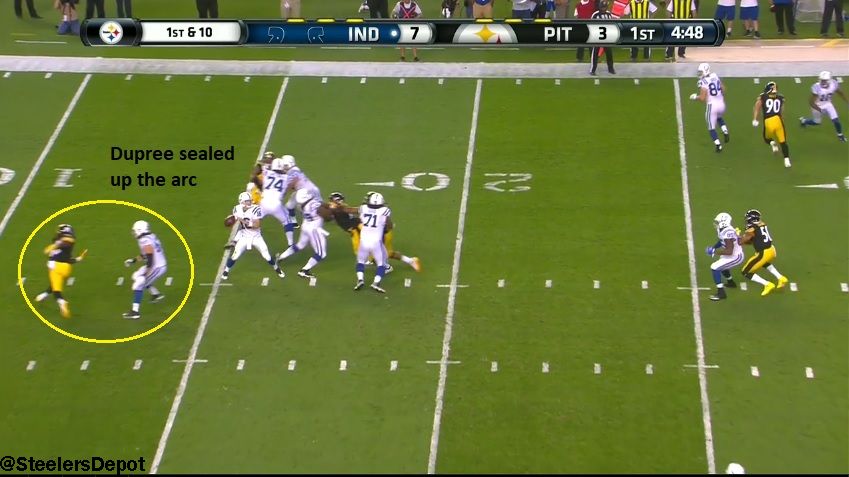 From there, Dupree composed himself.

His next chance, Dupree again tried to bend the edge. But the tackle moved well laterally and cut off the junction point, where the rusher would have to turn upfeild to meet the QB (or the spot the OT must protect). Instead of pushing himself upfield, he changes direction and rushes inside. Still doesn’t win but keeps a lid on the pocket, not creating an escape lane. 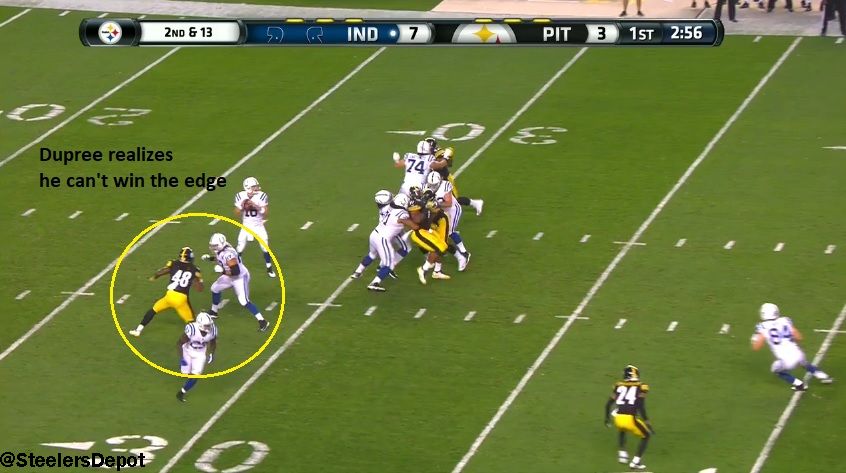 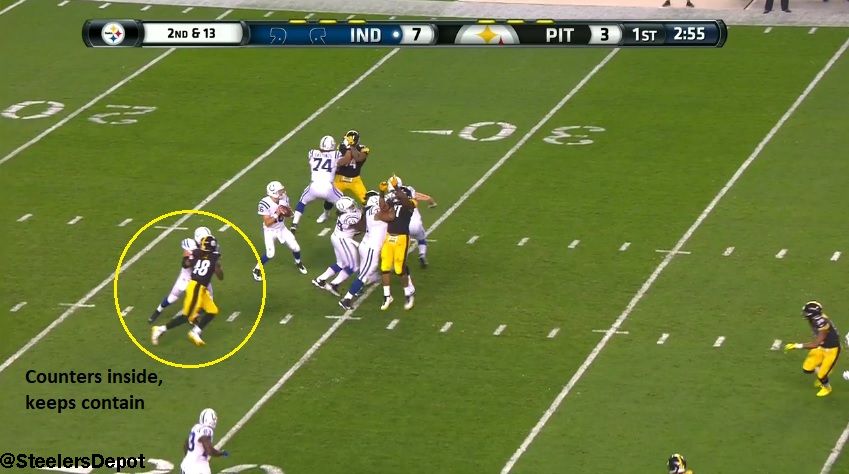 The work he put in during the offseason, continuing to train with pass rush guru Chuck Smith, paid off on this rush. Dip the tackle, bend the edge, and force the QB to get the ball out.

And in the second quarter, he shows the ability to use his size and power. Speed bull rush, arm extension, and in control of the tackle’s inside shoulder, opening the tackle’s hips and getting pressure. 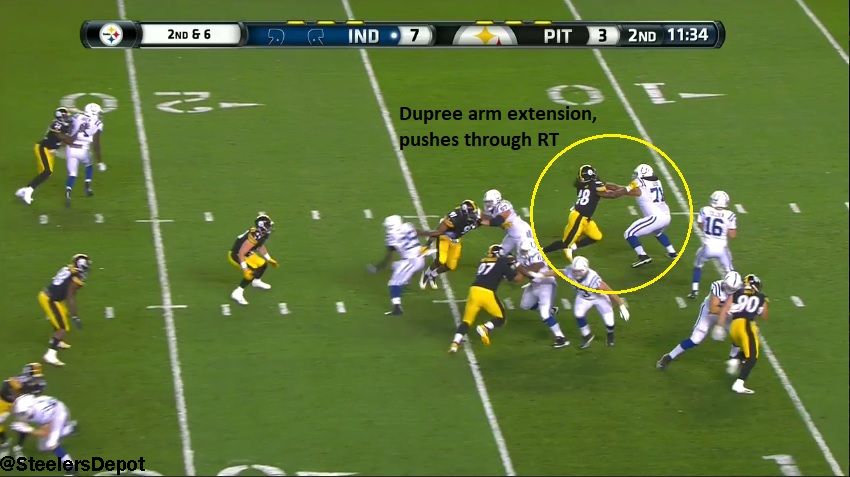 Only bad thing was how he ended it, swatting the quarterback’s helmet and getting called for it. But the rush itself looked good.

That’ll be the key to Dupree’s success. That’s been his issue in the past and a large part of why Jarvis Jones failed. Too often their only plan was to win the arc and when they didn’t, their impact was not only minimized but became non-existent. Dupree is showing he has a plan as a pass rusher, especially when that first rush doesn’t succeed. He’s a big guy with decent length. When he plays with some of that power, to keep tackles guessing, it’ll make his speed/dip rush even more effective. And put him on a path to be the top-dog pass rusher the Steelers desperately need him to become.