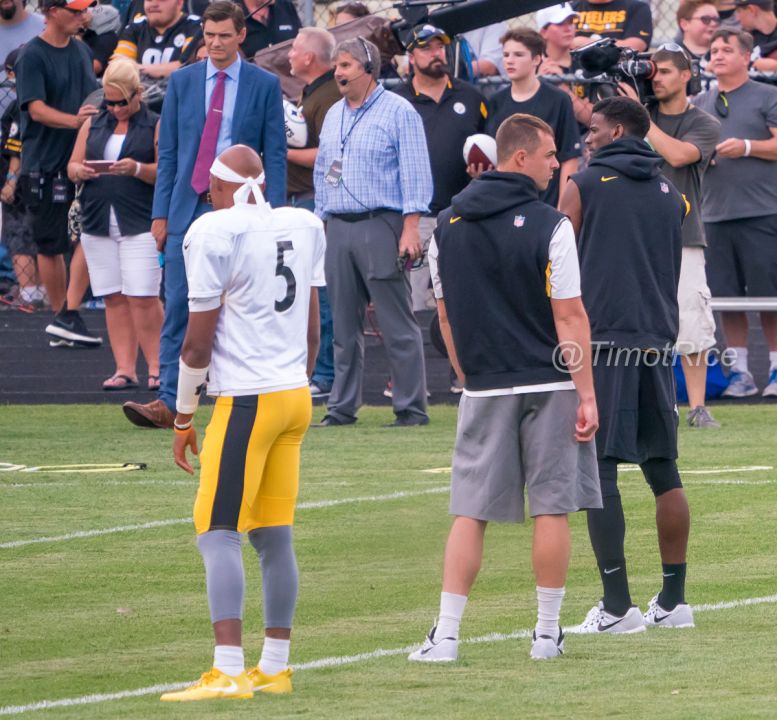 Josh Dobbs complete to JuJu Smith-Schuster. That’s a sentence you could hear a lot this preseason.

For most rookies, it’s about coming into a new system, a new team, and learning to work with the vets. But sometimes, it’s about rookies learning about other rookies. And Dobbs said he is working well with Smith-Schuster.

“Just from getting a lot of reps with JuJu, we’ve been on the same page,” Dobbs told reporters, captured by the Trib’s Joe Rutter. “We watch film with each other. Trying to get inside each other’s mind. When you’re with the ones, you got AB on the left, JuJu on the right, it’s a great feeling.”

With Justin Hunter missing two of the last three practices, it’s opened up a spot for Smith-Schuster to run with the ones. Dobbs has also seen an increase in first team snaps, either with Ben Roethlisberger held out entirely or giving way in the back half of practice. They both have, of course, gotten work with the second team too.

Both players are enjoying strong training camps. Dobbs has shown surprising command of the offense and the ability to go through his reads and get the ball out quickly. Smith-Schuster has excellent body control and ability to make tough grabs outside his frame.

And they’re sure to see plenty of reps in tomorrow’s first preseason game. Dobbs will start and if Hunter is doesn’t play, Smith-Schuster is likely to open up as the starting “Z” receiver. Or maybe even if Hunter plays considering Brown will sit this one out. Both will play out the first half and probably into the third quarter, especially Dobbs, since he’ll be one of two quarterbacks available.

Smith-Schuster should get time on the outside and in the slot and if he does well, pushing for playtime during the regular season. The odds of Dobbs moving up in the depth chart come September are slim to none but good outings by him could give the Steelers some of the strongest QB depth in the NFL.