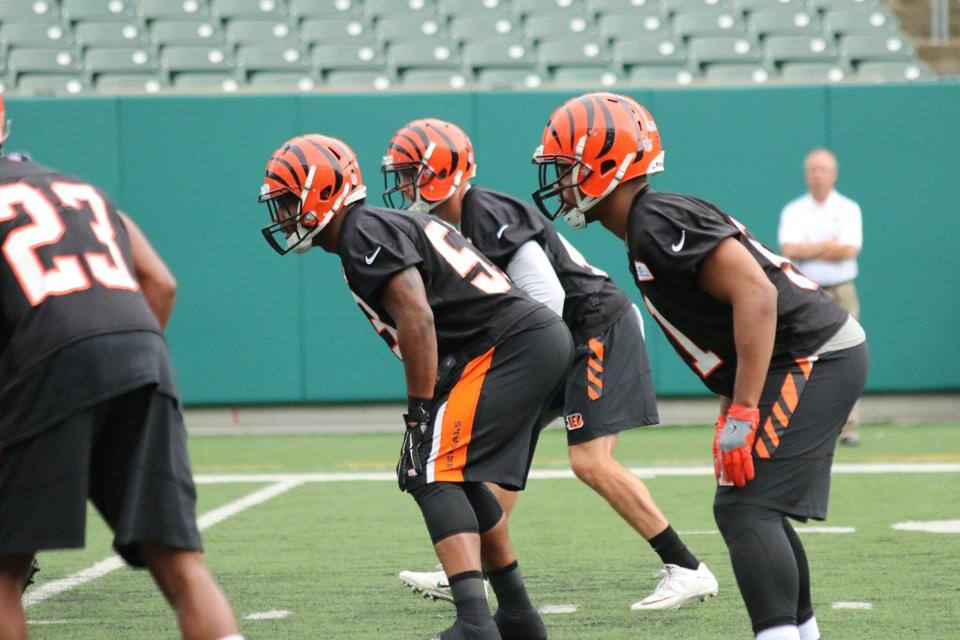 Carl Lawson was one draft prospect that many Pittsburgh Steelers fans were interested in, even after they drafted T.J. Watt in the first round. He ended up lasting all the way to the fourth round before getting drafted—by the Cincinnati Bengals, of course, who would seem to have a stockpile of former Steelers fan pre-draft favorites.

But Lawson, primarily projected by most as a 3-4 outside linebacker, didn’t really seem to fit into the Bengals’ 4-3 front. So Cincinnati doesn’t plan to use him in the traditional way. Instead, they have moved him to the sam linebacker position, with a pass-rushing emphasis in sub-packages.

Today, he makes his debut in a game playing in this role. Bengals fans are obviously curious to see how he does, but I’m sure there are more than a few Steelers fans who were interested in him who want to see how he handles it as well.

The Auburn product has gotten rave reviews all throughout the spring and summer, frequently being complimented on how well and how quickly he is able to pick things up. But doing it on the practice field and doing it in a real game are separate circumstances, with the former not necessarily predicting similar results in the latter.

The plan is for the rookie to get time playing with the second-team defense, but with the starters perhaps only see a short duration of playing time, Lawson figures to get a long look today against the Buccaneers.

“We don’t want to get to that last pre-season game and we’ve only see them against guys that are going to get cut”, defensive coordinator Paul Guenther said about getting a look at some of his young players against a higher grade of competition. Still, the game plan in this instance is straightforward.

“We pretty much play it simple in these games”, Guenther said. “We’re looking to see that his alignments are correct and he understands where to line up and his responsibilities. And, like all the young guys, we don’t want them to throw technique out the window just because they’re playing live football for the first time”.

Lawson will not be the only former Steelers pre-draft darling that is going to get their first taste of action today. The Bengals managed to get two of them last year, and both of them ended up missing the entirety of their rookie seasons before even getting into a preseason game.

But expect to get a long look at them here. First-round cornerback William Jackson III is playing with the second-team defense and is in good position to start the regular-season opener in place of suspended Adam Jones as long as he holds up.

Fourth-round defensive tackle Andrew Billings is back in action as well. While he is currently on the second-team defense running behind Pat Sims, he is hopeful to move up the depth chart and into the starting lineup before the regular season starts.