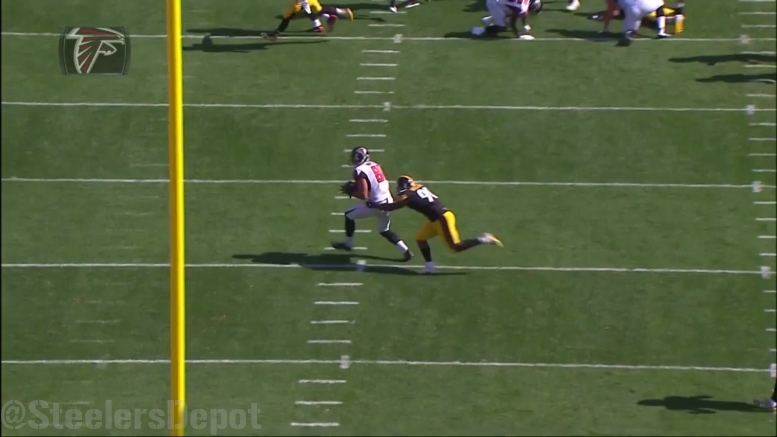 There are plenty of things to talk about in the wake of the Pittsburgh Steelers’s 17-13 preseason victory on Sunday over the Falcons, but the reality is that the only thing anybody really wants to talk about—or so it seems—is the performance of the first-team defense.

You can count one of the captains of that defense, seventh-year veteran defensive end Cameron Heyward, as among those who are all too eager to talk about what his unit did not do right against Atlanta’s potent offense, even without some of its top players.

Earlier today, we had a couple of defenders talk about the fact that communication proved to be an issue the Falcons’ offense exposed that remains from last season, even though they believe that they can correct those issues.

Heyward’s focus was more on results, or more the lack of results. He was particularly unhappy with the pressure generated from the four-man rush and the inability of the unit to get off the field on ‘possession’ downs—namely third down, situations within a drive that determine whether or not the possession will continue.

The Falcons’ only blemish on third down during their first two drives came on the last play of the second drive, and that was only the result of a drop after the wide receiver had beaten cornerback Ross Cockrell on an inside slant. It should have been a third-down conversion and a touchdown, but it made them settle for a field goal. They ended up losing by four points, of course.

“Possession downs, early on, we didn’t get off the field”, Heyward told reporters, according to Mike Prisuta for the team’s website. “I don’t know for what reason, but we have to pick that up. We have to continue to get better with our four-man rush”.

It started early enough in the game. While Atlanta had success driving early, the defense did put them in a third-and-10 just outside of long field goal range. The Steelers sent five rushers, but Matt Ryan stepped up in the pocket and his tight end got just enough separation from Vince Williams for a 14-yard hookup.

“We put them in bad situations, which were good situations for ourselves, but we didn’t capitalize on that”, Heyward said. We just let them drive down the field”.

While the captain admitted that “it’s not going to be perfect”, he said that “there are plays we have to get better on, simple as that. We’re not a finished product. I’m not going to say we’re the best defense right now but there are lumps that need to happen. I’m glad they’re happening right now”.