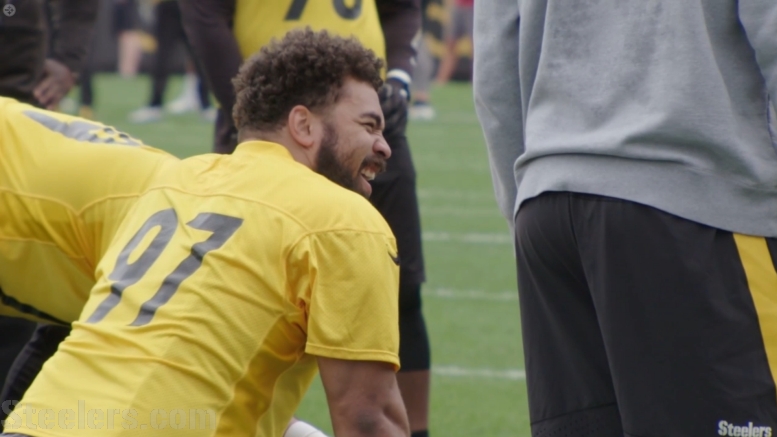 The 2017 season is a big one for Pittsburgh Steelers defensive end Cameron Heyward. Even though he is going into his seventh year, he is considering this campaign his sixth season, calling for a mulligan on his injury-plagued 2016 season that limited him to just seven games due to a number of ailments.

“I don’t count last year because I got injured too much”, Heyward told Joe Rutter. “This is my sixth season, and we’ll go from there”. Where he went in the preseason opener was about four drives’ worth of action and a couple of plays, including a tackle for loss and a batted pass, plus a whole lot of rust and jitters knocked away.

It was a tough year for the 2011 first-round draft pick, who has never before experienced what it was like to be away from his team on the professional level. He never missed a game in his first five seasons in the NFL. Nor did he ever miss a game in college. You would have to go back to high school. It had been a while.

But the next meaningful game that he plays in will be his first since October, and the Steelers have played 10 more meaningful games since then. That is a lot of time missed without being out on the field with his brothers. And those brothers of his understood full well that he felt it while he wasn’t out there with them.

“We knew it was hurting him not to be out there”, veteran Arthur Moats said about Heyward’s sudden role as mentor and assistant coach on the sidelines following a season-ending pectoral injury in the middle of last season.

“Now that he’s back out there, you can tell he appreciates it that much more because it was taken away from him”.

Prior to last season, during which he only participated in seven games, Heyward recorded at least five sacks in each of his three previous seasons, the only seasons in which he had been one of the Steelers’ primary starters. He had at least seven sacks in 2014 and 2015.

The Steelers need him to be that big-time, impact player again. But they have made some modifications in order to ensure that he gets more rest than he was able to in the past. With the development of L.T. Walton and the signing of Tyson Alualu in free agency, not to mention a bigger role for Javon Hargrave, they should not need him to play 70 snaps a game.

I do have to wonder though. He has talked for the past couple of years about building a deeper rotation along the defensive line. But is he even going to want to come off the field? After all, he just went through a mulligan season.