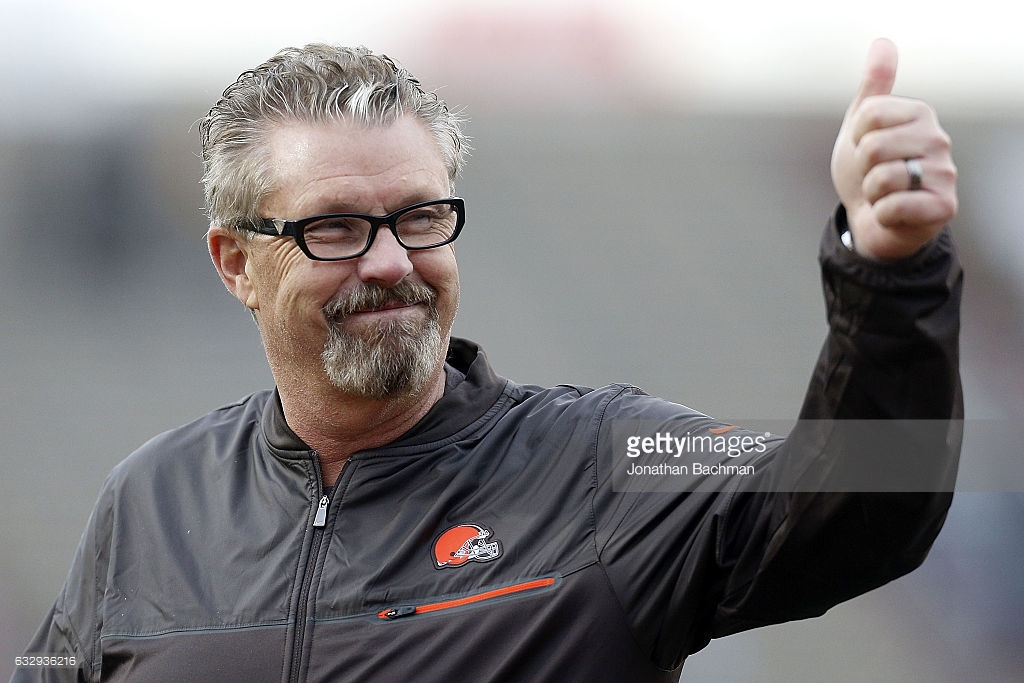 If you ask new Cleveland Browns defensive coordinator Gregg Williams about who he is going to be starting on defense this season, you might be surprised by the answer, because, apparently, the man does not believe in starters. But don’t take my word for it; take his.

“In all honesty”, he told reporters recently, “I don’t believe in starters”. Alluding to the number of defensive players that he will be allowed to have on the 53-man roster once the final personnel evaluations are made, he said of all of them, “we’re going to play”.

Williams was responding to a question about third-year outside linebacker—or defensive end—Nate Orchard, who had a strong game in the preseason opener but who does not appear to be ticketed for what might be referred to conventionally as a ‘starting job’.

In doing so, he espoused a core aspect of his defensive philosophy, which is centered around putting his players in positions to do thing that they do well, which results in greater specialization and players with more flexible roles.

Two of the key pieces that he has on defense this year in that regard are veteran linebacker Jamie Collins and rookie safety Jabrill Peppers, both of whom are capable of lining up at multiple different positions and carrying out a variety of different assignments.

“How much you play will be dependent upon, number one, your production when you do get to play”, Williams said, “and number two, what kind of package does the offense that we’re going against play that utilizes us to get you in the game”.

The controversial defensive coordinator has talked about a number of his strategies for this season, including using a versatile defensive front that can either be a 3-4 or a 4-3, depending on the personnel that is on the field—both the defensive personnel as well as the offensive personnel.

Now, if you have 23 or 24 defensive players on the roster, and 11 players on the field at any given time, then, hypothetically, you are not going to have anybody playing an entire game if your intention is to have all of your players contributing.

Chances are it is not quite going to work out that way, but he does get to the broader point, which is that rotations are healthy for both the players and the defense as a whole. Tired players not only perform at reduced levels, but are also at a greater risk of injury.

“You’ll see the impact of a full-speed player over a player that’s tired”, Williams told reporters. “The other thing you’ll see is fatigue is directly related to injury, especially with a big guys. We’re going to try do everything we can to keep it even when we can”.