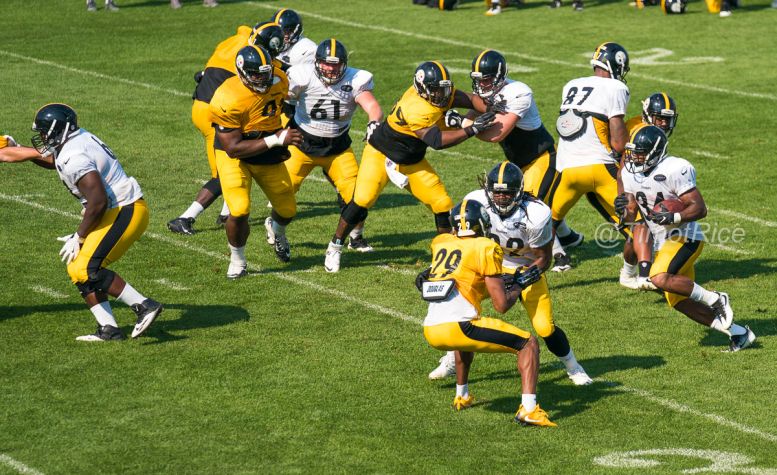 While fifth-round rookie cornerback Brian Allen has largely shown himself to be the former wide receiver that he is when it comes to attempting to provide sufficient coverage against NFL-level talent, it would be unfair to deny the headway that he has reportedly made in other areas of his game.

Alex Kozora talked about it last night during his practice recap. “Brian Allen has been better the past few days”, he wrote, in case you missed it. Which you should not have. “Maybe things slowing down for him. But do think he’s been better versus the run and as a tackler than him in coverage. Which, obviously, is still a problem”.

Some examples from his play-by-plays of yesterday’s scrimmage sessions: “good contain on the backside by Brian Allen, who continues to shine in that regard”; “Allen makes a heads up play to bust in and dissuade the throw”.

He may be having his advanced growing pains ins doing the most fundamental task of his position, but it would simply not be accurate to argue that he has not been making any sort of progress over the course of the start of training camp up until now.

Now that will probably be very favorable news to those who are fans of the 6’3”, 215-pound rookie and want to see him make the 53-man roster, although they will assuredly be aware that there is still a long road ahead of him before we can begin talking about roster spots.

It hasn’t been just our own staff who has noticed Allen, though. Jeremy Fowler of ESPN also recently talked about the progress that he has made. In a Facebook post recounting some of the reporter’s observations from training camp up to this point:

Don’t count out fifth-rounder Brian Allen in the rotational race. Coaches like the way the 6-foot-3 cornerback competes. On Friday night, Allen broke up a pass intended for Rogers by the pylon. On Saturday, he made a physical tackle against the run, up the middle. His technique still needs work but not what you’d imagine for someone who’s played the corner position two years. Better than I expected.

The rookie is likely competing in a three-way race for a sixth and final spot on the roster among cornerbacks, pitting him against 2015 former second-round pick Senquez Golson, who has yet to complete a padded practice in three years, as well as 2016 former undrafted free agent Mike Hilton.

It is likely Hilton at the moment who is the favorite to claim the roster spot. The first-year cornerback has made a number of plays all throughout the offseason process. But the reality of the sixth cornerback spot is that it will most likely be ultimately decided based on who is the best option to play on special teams. Other factors, as they always do, will come into play, but for deep reserve roles, special teams ability is paramount.