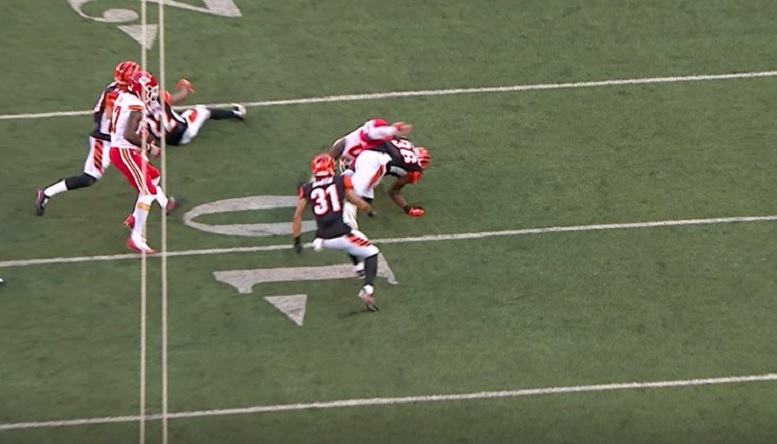 The Cincinnati Bengals lost a key piece of their defense for an extended amount time Saturday night due to an injury suffered during their second preseason game of 2017.

Bengals starting safety Shawn Williams was carted off the field early in the second quarter of Saturday night’s game against the Kansas City Chiefs after suffering a right elbow injury that was later diagnosed as a dislocation. Bengals head coach Marvin Lewis provided no update on Williams immediately after the game ended, however.

While the Bengals early hope is that Williams’ injury wont sideline him for the entire 2017 season, he’s unlikely to be able to play for quite a while and he could be a candidate for injured reserve-return, according to Geoff Hobson of bengals.com. Last season, Williams recorded a career-high 81 total tackles in addition to three interceptions.

The Bengals are mighty thin right now at safety as fellow starter George Iloka is currently sidelined with a knee injury. Derron Smith replaced Williams after he left the game injured. Additionally, Clayton Fejedelem started against the Chiefs in place of the injured Iloka.

The Bengals open their 2017 regular season at home against the Baltimore Ravens. Their first of two meetings against the Pittsburgh Steelers won’t take place until Week 7 and it will be interesting to see if Williams makes it back by then if he doesn’t start the season on Reserve/Injured.