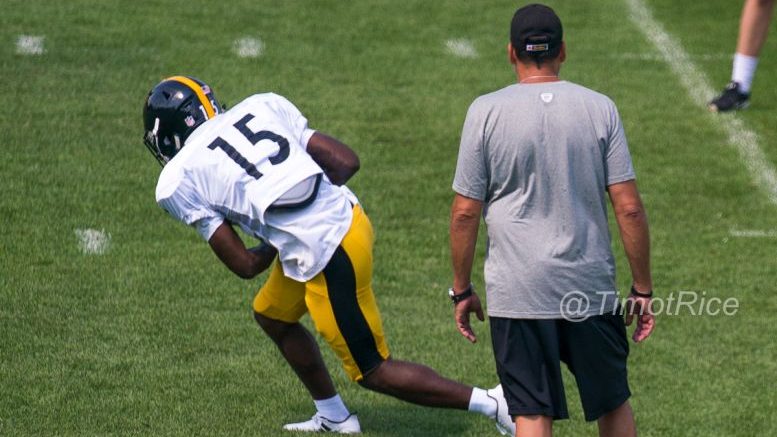 There is one final aspect of the team that is left to discuss, and that is the practice squad. While establishing a 53-man roster is obviously the top priority, piecing together a complementary 10-man practice squad is also an important part of this process.

Not only do players signed to the practice squad sometimes develop into contributors, or even starters—there are many examples on the roster already—this group enables the team to practice effectively and prepare for opponents, which means that you have to have the right numbers at positions.

An almost constant presence on the practice squad is a running back, and there figures to be one this year. Right now, Terrell Watson has to be the favorite, and that is assuming that he doesn’t make the roster.

If they keep six wide receivers this year, there will probably be only one spot on the practice squad, and they have some tempting options there, including Demarcus Ayers and Cobi Hamilton, who were both there last year. Depending on how things go, however, they might have an issue clearing waivers.

There will likely be two offensive linemen on the practice squad. Matt Feiler, who has been there before, seems to be the safest bet, but the other position can be up in the air.

Figure safety to be there, with Jacob Hagen being the obvious frontrunner. He was also there last year, and there isn’t a lot of other experience, just a couple of undrafted rookies playing there. Tight end is also a pretty sure bet, and Jake McGee might be in the lead at the moment. And don’t forget inside linebacker, with Keith Kelsey and Matt Galambos competing. Even L.J. Fort is technically eligible.

A lot of the rest of the practice squad is going to be shaped by how the roster battles go, involving some of the draft picks. If Brian Allen and Keion Adams don’t make the 53-man roster, they will likely try to carry them on the practice squad, even with an abundance at the position already.