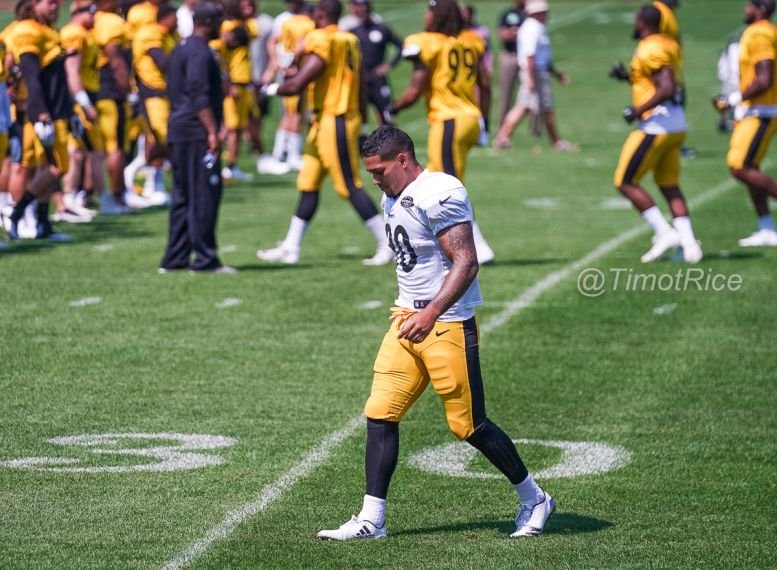 I don’t know about you, but it would seem to me that this position on the roster has been getting more and more interesting, and I think that we are going to have more of a battle on our hands for roster spots and roles than we anticipated way back in April and May.

There are three main candidates this year who are vying for presumably two roster spots, and one primary backup job. The Steelers used a third-round draft pick on Pittsburgh running back James Conner, but they also brought in Knile Davis via free agency, and retained Fitzgerald Toussaint from last season.

As the lone incumbent in camp, Toussaint has been given quite a bit of burn over the course of the first four days of training camp, and, generally speaking, reports about his performance have been positive. He held his own better than most in the backs on backers drill and even opened some eyes during scrimmage sessions.

The Steelers didn’t add Davis and Conner to the roster because they were content with what they already had though, of course. Davis is the most veteran of all options and would seem to be an upgrade to Toussaint on special teams as a return option, at worst.

Conner has struggled to stay on the field all spring and summer, but he showed some very encouraging signs when he was. I would not read too much into any concerns about durability just yet, however.

At the end of the day, likely only two of these three players will end up on the 53-man roster, and one of them will be primarily responsible for giving Bell a breather. While Conner is the fan favorite, this is still a three-horse race four practices into training camp.