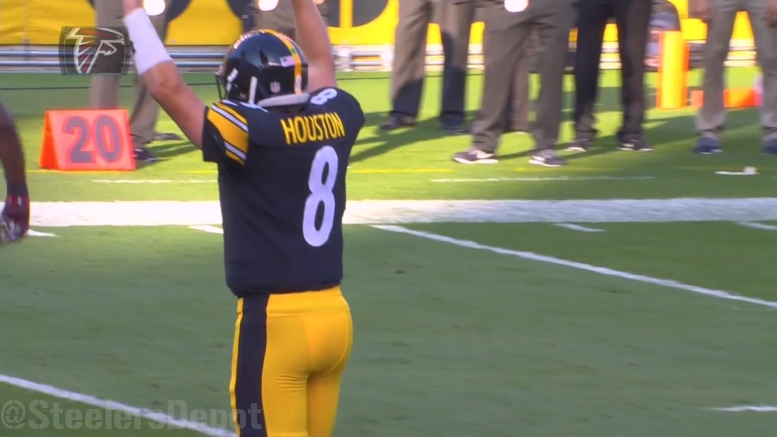 Question: Why are some people so enamored with the prospect of Bart Houston?

I mean no disrespect, exactly—though perhaps it might be hard to avoid—but I’m finding it mildly perplexing that there seem to be more than a small handful of people, on our site and elsewhere, who are really in the corner of Bart Houston, the rookie undrafted free agent quarterback out of Wisconsin, who was not a starter there.

The Steelers signed Houston a few weeks after the draft, originally signing another quarterback as their fourth arm for the offseason, but eventually releasing him and substituting him with the man named after Packers great Bart Starr.

But unfortunately, being named after somebody doesn’t give you their abilities.

There are some who want to see Houston make the roster. Some of them want him to make it over four-round rookie quarterback Joshua Dobbs. Others want Dobbs to be Ben Roethlisberger’s backup and have Houston as the third quarterback, with Landry Jones being released.

Through two preseason games, and roughly two quarters of play, Houston completed 7 of 18 passes attempted for 48 yards. He has thrown one touchdown and one interception and carried the ball four times for minus-two yards, also fumbling once.

Houston’s touchdown pass was far from spectacular, but Justin Hunter’s play after the reception—on a pass thrown short of the end zone—was. His interception was tossed into triple coverage in the red zone.

He may have been the victim of a couple of dropped passes, or passes that should have been held on to, but, frankly, he’s not even the best camp arm the Steelers have had over the past few years. And there’s no chance, barring injury or something similarly unforeseen, that he may make the team.