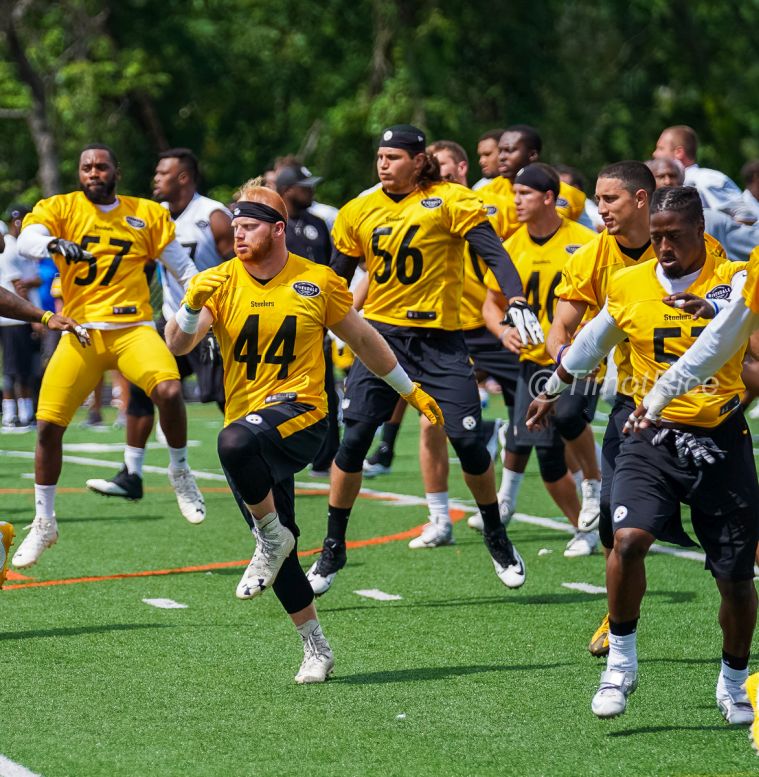 The beauty of training camp is that we get an opportunity to get a glimpse of how a lot of hypothetical scenarios might play out, for whatever reason. While it is often due to injuries, coaches do generally like to mix things up and give different players opportunities to play with different lines to see what that might look like.

One such hypothetical scenario that we got to see on the first day of pads was what the Pittsburgh Steelers’s first-team defense would look like with Tyler Matakevich manning the buck position. This situation came up because Head Coach Mike Tomlin evidently held out Vince Williams with a minor nick to the shoulder, so don’t go reading into it too much.

Still, there are reports from multiple observers about how the second-year inside linebacker showed well for himself. He has a bit of a following as something of a quintessential underdog, and, truthfully, he seems to have the easy inside track as the top reserve inside linebacker, but pushing to start is entirely different.

Matakevich spoke with Chris Adamski of the Pittsburgh Tribune-Review after practice yesterday about the opportunity to run with the ones, describing it as “huge”. He said that it locks in to “the mentality I’ve had my whole life: if you get an opportunity, you’ve got to seize the moment and make the best out of it”.

The former seventh-round draft pick was far from a shoe-in to make the 53-man roster last year, but he scraped and clawed his way into an opportunity with his instinctive play on defense and a growing penchant for a role on special teams. By the end of his rookie season, he led the Steelers in special teams tackles with 12.

He played in all 16 games, although he only ever got a handful of snaps on defense. When he did, he did rack up several tackles in a short amount of time, though that doesn’t automatically indicate that he did an excellent job. But he is looking to grow heading into year two.

He was reportedly among the top performers for the linebackers in the backs on backers drill, and showed some instinctive abilities during the 11-on-11 sessions, but his real test will come in coverage, which is an area in which he reportedly struggled during the spring. This will probably be something I intend to follow through the offseason and preseason.