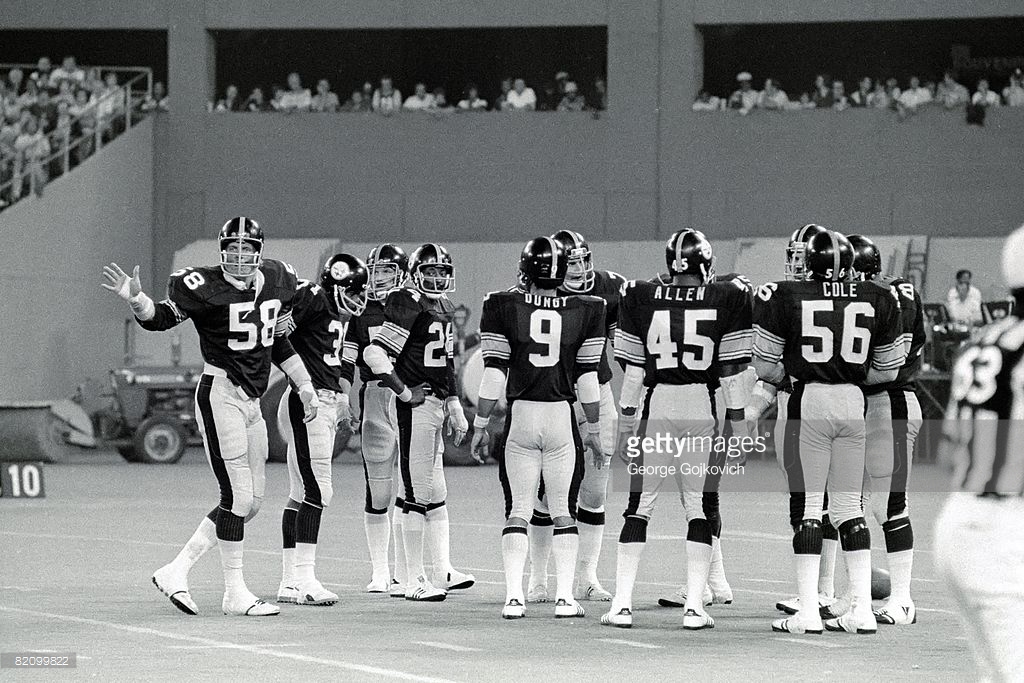 This was from an old article published a couple of years back, but it resurfaced recently and I wanted to highlight it. Kevin Seifert recalled in an article back in 2015 about the time that Pittsburgh Steelers safety Tony Dungy—yes, that Tony Dungy—was called in to serve as an emergency quarterback back in 1977.

Checking in during the fourth quarter against the Oilers in a game in which Terry Bradshaw and his backup, Mike Kruczek, had already been knocked out of the game, Dungy was tasked with heading a unit that included John Stallworth and Lynn Swann, among others, completing three of eight passes for 43 yards and two interceptions.

To his credit, he had already gotten an interception on defense in that game, the first of his career, so he had one in the bank.

But that sort of reminds you why the Steelers have a nagging penchant for carrying three quarterbacks on the roster. Their would-be third quarterback, Neil Graff, was cut during the preseason, and as Seifert notes, that decision ended up backfiring within four weeks.

Of course, there is a caveat to that, as the NFL did away with the emergency third quarterback rule, so it is rare for teams to dress three quarterbacks for a game, unless one is dealing with an injury already. Even the Steelers don’t dress all three.

But they always have an emergency quarterback, of course. I’m not entirely sure who it would be currently—perhaps Antonio Brown, or Le’Veon Bell—but in the past, it has been Heath Miller, Hines Ward, and Antwaan Randle El.

None of them ever actually had to play in an emergency situation, however. In fact, I don’t believe the Steelers have ever had to use an emergency quarterback since then. No player other than Randle El who is a non-quarterback has attempted more than three passes in a season in that time. Somebody please correct me if I’m wrong in this.

Recalling that game in the early portions of the 1977 season, though, Dungy said that he knew just eight plays, so that is all they ran for that fourth quarter. “I feel like I could have done better if I had had just a little bit of preparation for it”.

Tell that to James Harrison.

It was such an unusual circumstance for Dungy and the team that after he was forced to check in for a third-down play, he thought nothing of taking is usual spot on the punt team. Of course, as the emergency quarterback, he would be relieved of those duties as he prepared for the next drive.

The Steelers have three quarterbacks that they seem comfortable with this year in Ben Roethlisberger, Landry Jones, and rookie Joshua Dobbs, so hopefully they will continue their streak of not using an emergency quarterback. But if you only dress two, it only takes two to go down in a game.