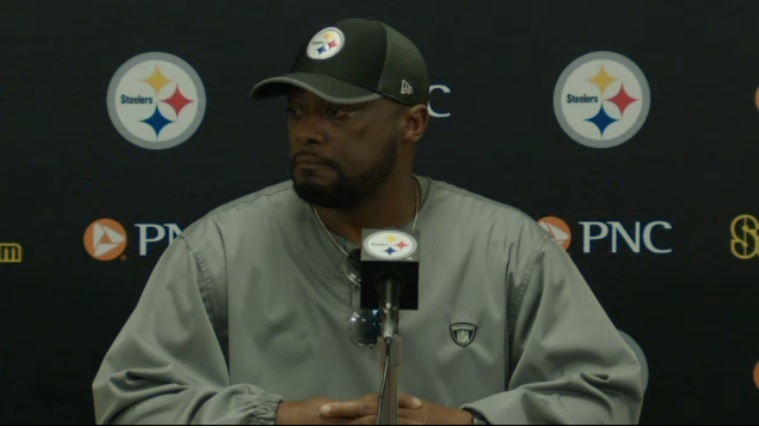 It’s the worst kept secret that the Pittsburgh Steelers’ defense is the weaker side of the ball heading into 2017. Mike Tomlin, however, thinks they’ll close the gap on the offense’s success.

“They’re a group on the rise,” Tomlin told the media at today’s intro presser. “I think we have the pieces in place to be a dominate group. To be one of the best. That’s our level of expectation.”

One of the best skews towards a standard, glass-half-full approach but there’s reason for optimism. Sean Davis and Artie Burns took their lumps as rookies and now enter camp better off for it. For someone like Davis, healthy too, after battling back and shoulder injuries. Ditto with Bud Dupree, hampered by training camp groin surgery, who is expected, frankly, needed, to have an outstanding season. And Cam Heyward returns after missing the second half of last year with a pec injury, a key loss along the defensive line.

Tomlin liked his outside linebacker depth, a key component of the team’s success this year.

“Capable rush men are going to help us. Particularly, in situations where opponents are throwing it a lot. We have guys who we think are capable. We got good depth there. That depth means competition.”

Over the final seven weeks of the regular season, the Steelers’ defense played at an above average level. Pressure on the quarterback increased in a big way after a dreadful start and they allowed only 17.2 points over that span. 17 points per game is the number Keith Butler repeatedly circled to hold offenses under.

And in the playoffs, sans New England, the Steelers gave up just 12 points to Miami and 16 to Kansas City.

With some adjustments to the scheme, yes, playing more man coverage and being more varied in coverages, and the natural progression of several players, the Steelers’ defense shouldn’t hamstring this team. Instead, they’ll be an asset.