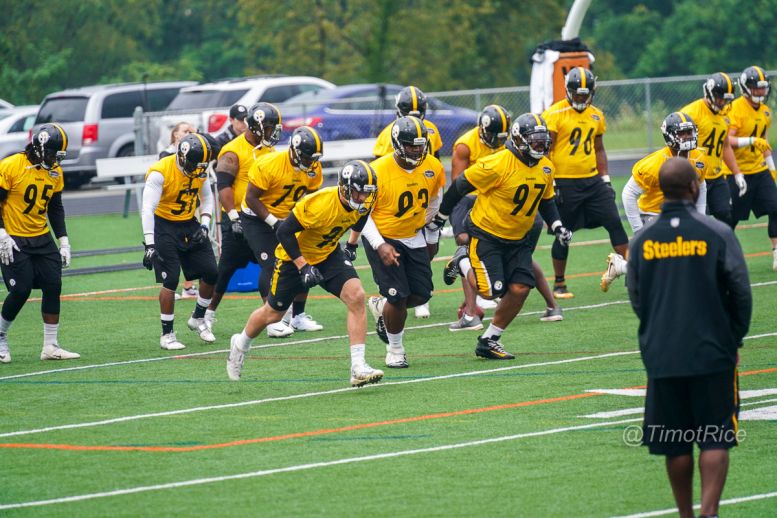 Fourth-year Pittsburgh Steelers defensive end Stephon Tuitt sees fear as a big component of his defense this year. That is, the fear that it will generate in the Steelers’ opponents. Because when Tuitt looks around the locker room, he thinks he sees a defense that is going to be pretty scary in 2017.

And why is that? Mainly, because the Steelers have so many players in their system now that are both young and experienced, which frankly is not something that is frequently true about Pittsburgh’s defenses. They have a history of skewing toward the veterans.

But look around the roster. Aside from safety Mike Mitchell, one of the oldest players is Cameron Heyward, who is entering his seventh season. So many players in key positions are entering their fourth season or earlier.

Tuitt and Ryan Shazier are heading into year four, as is Ross Cockrell. Bud Dupree is entering year three. Artie Burns, Sean Davis, and Javon Hargrave are only entering their second seasons. Even Vince Williams is only heading into year five in his first season as a starter.

Then you have rookie T.J. Watt, who is going to play an important role on defense this year during his rookie season. Cameron Sutton is another rookie who has the potential to gain a role. Of course, there is always Senquez Golson, who is hoping to enter year three finally healthy and with some playing time to show for his former second-round draft status.

Such youth, matched with the experienced that they have gained by playing early, will bode well. “That is the best thing”, Tuitt said. “We are young and experienced. That is freaking scary”.

The former second-round pick believes that the Steelers “are going to be a nasty defense” this season. “We are going to have a dominating, physical defense”, he said. “We have guys who can run fast”, he added, pointing to Shazier, Burns, and Davis. “We have great players on our defense. It’s just going out here, sharpening our swords and being the defense I know we can be”.

That has been the goal for the past several years, as the Steelers have heavily invested in their defense through draft capital over the course of the past five drafts. In fact, every first-round pick in that span has been used on the defensive side of the ball, which is something that the team has not done for either side of the ball since the 50s.

Of course, you also have the second-round picks in Tuitt, Davis, and Golson, even if Golson has yet to contribute because of his injuries, and is going to have his hands full just making the team. But the point is that the majority of their high-value resources have gone to rebuilding the defense.

It’s time for that defense to get scary, and Tuitt could be right that that time is now. It will be up to the players like himself, however, to assure that that happens.