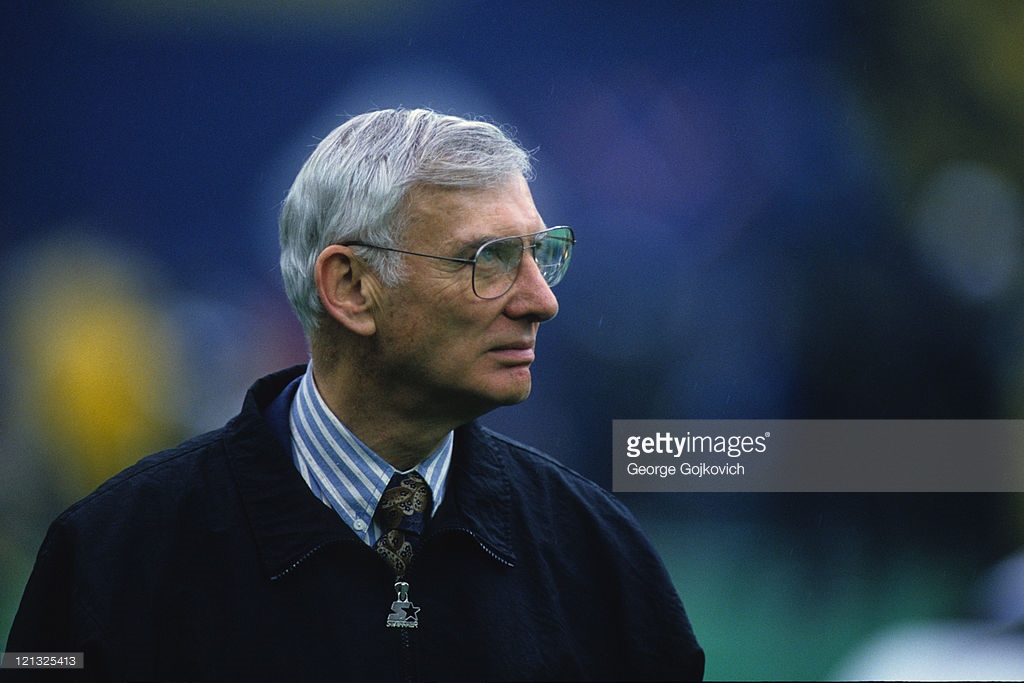 The Pittsburgh Steelers have announced the patch the team will wear all season to honor Dan Rooney, who passed away during the offseason.

We will wear a patch on our jerseys this season to honor Dan Rooney.

The patch, shaped in an Irish clover, contains his initials: Daniel Milton Rooney. Rooney passed away on April 13th at the age of 84.

This is the first year the Steelers will be without Rooney. He was born in 1932, a little less than one year before his father founded the team – then the Pittsburgh Pirates – to start playing in the NFL in 1933.

While The Chief was the team’s founder, it was Dan Rooney who helped bring change, and ultimately success, to the franchise. He played a big role in hiring Chuck Noll, a decision that would shape the franchise forever. He also convinced Bill Nunn to work as a scout for the team, opening them up to HBCUs previously ignored. The list of players they drafted/signed from there is almost too long to count.

The team wore a patch for Art Rooney when he passed away in 1988. Here’s a picture of it. You can expect the size and placement for Dan Rooney to be similar.