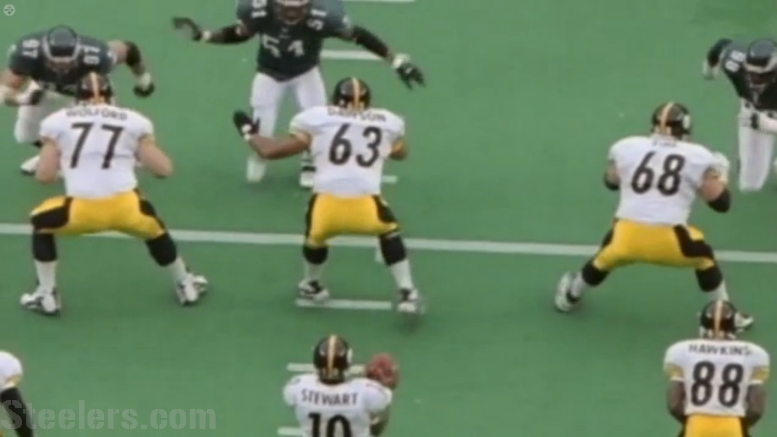 There comes a time in every football organization’s life—several times, if they’re lucky—during which they find that they have to move on from a franchise quarterback. The Pittsburgh Steelers understand that they are on the precipice of embarking upon that journey for a second time, whenever current quarterback Ben Roethlisberger chooses to call it a career.

It is not altogether clear, to the team, to the fans, or to Roethlisberger himself, when that might be. He may have three years remaining on his contract, but at 36 years old and three children at home, he is taking his future in the game on a yearly basis, not wanting to commit beyond the current season.

But given the team’s history in the somewhat dark years between the retirement of Terry Bradshaw—their first franchise quarterback—and the drafting of Roethlisberger—their second—it raises some questions about what the team as a whole has learned not only about the importance of the quarterback position, but also of the process of finding one.

Of course, there is virtually no continuity between then and now. Not even Dan Rooney remains to bridge the gap. Even Roethlisberger was not drafted by the Steelers’ current head coach, Mike Tomlin, although general manager Kevin Colbert was there, and remains in place today.

It was a different era of the game then, naturally, speaking of the early- to mid-eighties when they first had to move on from Bradshaw, compared to 2004, when the dramatic shift to a greater emphasis on the passing game—both in terms of how the game was played and how it was officiated—when Roethlisberger was drafted.

Both Tomlin and Colbert have spoken openly about this process that they now recognize that they are in to find a new quarterback, whenever that might be, this year or next year or the year after, or even five years from now. They say that they have already begun honing their craft in this regard.

This year, it has produced quarterback Joshua Dobbs in the fourth round of the NFL Draft, who, while not obviously drafted as the undisputed heir apparent, will still serve as a referendum for the duo’s ability to scout and identify talent and traits that will succeed in the NFL.

No matter how well they are able to scout the quarterback position, however, one thing is clear, and that is that it is exceedingly difficult for any team in any context to strike on a franchise quarterback, as they are a commodity that is scarce, at best.

Taking a long-term view of the franchise’s history, this is the single most important question that they face: how well can they scout quarterback talent? How will they identify Roethlisberger’s successor? The historical odds are not in favor of them getting it right on their first try.