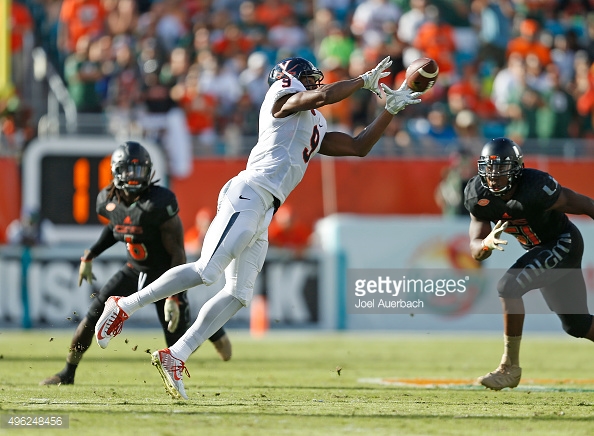 The Pittsburgh Steelers opened their 2017 training camp with two players on the Active PUP list and as of Saturday, only one player remains on it.

After failing to complete his conditioning run test on Thursday after arriving at Saint Vincent College in Latrobe, wide receiver Canaan Severin was placed on the Steelers Active PUP list. On Saturday, he was removed from the list and began practicing with the rest of his teammates.

We have activated WR Canaan Severin from PUP. He is practicing with the team today.

Severin signed originally with the Steelers in 2016 as an undrafted free agent out of Virginia. After suffering a shoulder injury early during last year’s training camp, he was placed on the team’s Reserve/Injured list and he remained there the entire season.

With Severin now off PUP, wide receiver Sammie Coates (knee) is the only player remaining on the list. Coates is expected to miss at least the first two weeks of training camp as he recovers from a recent knee scope procedure.