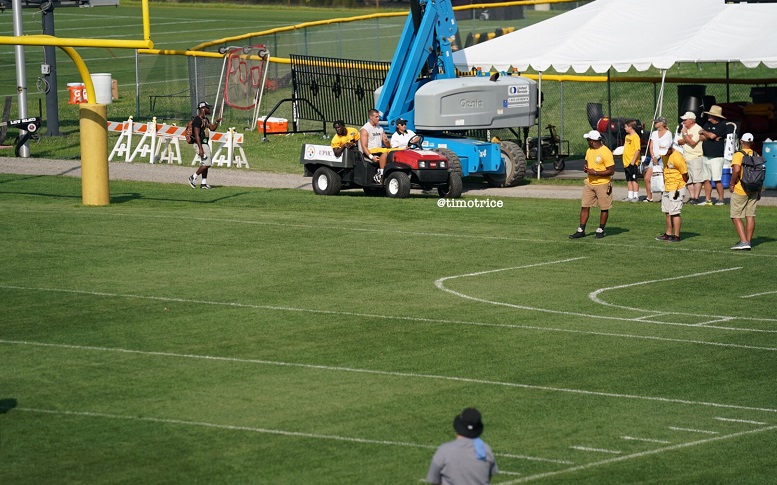 Golson, the Steelers former second-round draft pick out of Mississippi, had to be carted off the practice field of Saint Vincent College late during the team’s Sunday training camp practice with an apparent left hamstring injury. Golson was reportedly injured during a special teams session.

Golson coming off on the cart. Left hamstring injury. #Steelers

Golson has yet to play in either a preseason or regular season game for the Steelers since being drafted in 2015. His rookie season was wiped out by a shoulder injury and his 2016 season was lost to a foot injury that he suffered during the team’s first padded practice last year.

Head coach Mike Tomlin will likely address Golson’s injury in addition to all the other bumps and bruises suffered during Sunday’s practice in about 30 minutes from now.