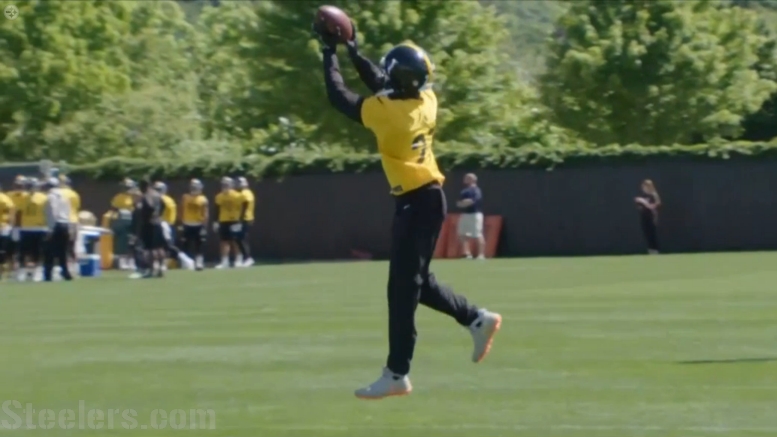 There have been a lot of words of warning churned out over the past couple of months with regards to third-year Pittsburgh Steelers cornerback Senquez Golson. General Manager Kevin Colbert sent out the signal early in the offseason when he talked about being concerned with a player coming off a foot injury and two years out of football.

His position coach, Carnell Lake, talked about his need to make himself useful to another coach, Danny Smith, who is in charge of special teams. He may have been a high draft pick a couple of years ago, but time flies when you’re on injured reserve. His redshirt years are over, and now he must sink or swim.

But that doesn’t mean that they are not still holding him to high standards, as he is himself. Golson said during the spring that he believes he is still the same player that the Steelers drafted two years ago, and that it’s essentially just a matter of having the opportunity to demonstrate it.

“At this point”, he told reporters, “the only thing I am missing is the in-game experience. I’ve pretty much got the basics down”. And he should, of course, after having two years in the system, a fact of which Lake is very aware.

He told Joe Rutter that “being in the system two years, more is expected” of Golson, even though he spent much of those two years unable to get the physical reps because of the injuries that have kept him off the practice field for most of the past two years.

The defensive backs coach does also understand that there once was a pretty good reason that they drafted him where they did two years ago. “Being looked at as a second-round guy”, he reminded reporters, “we’re going toe expect more out of him just because of where we got him even though he missed two years”.

So, basically, Golson is in a position right now in which he is being expected to perform as though he is second-round pick, but without the roster protection of a new second-round draft pick. If JuJu Smith-Schuster were to struggle this season, he is still going to make the roster. If Golson struggles, he will be hoping to make some other roster.

Lake said that the Steelers are “not holding back in any way” when it comes to Golson, but the fact that he has nearly a dozen and a half defensive backs to work with simply means that there are only so many practice reps to go around, so opportunities are going to be scarce for many.

It should go without saying that this is a critical time for the Ole Miss product that will go a long way toward determining whether or not he has a future in the NFL. “It’s the reality” of the situation”, he said. “But I gotta do what I gotta do”.