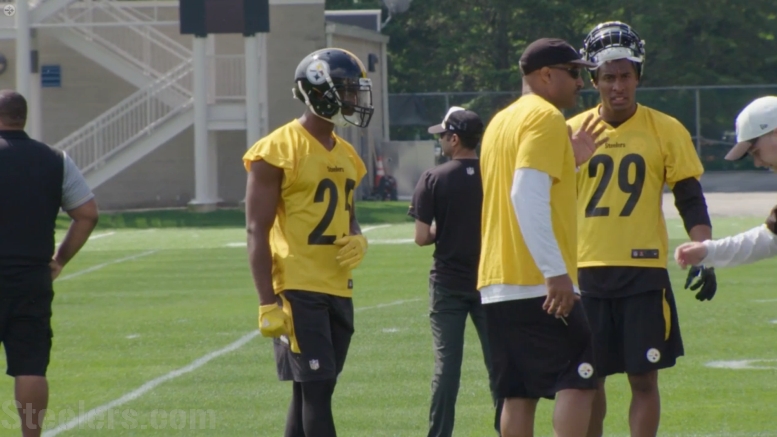 If I were to tell you that there was one Pittsburgh sports writer who took it upon himself to make Pittsburgh Steelers cornerback Artie Burns’ arrest for driving with a suspended license a rather big deal, would you be able to guess which writer that might be? I have a feeling the majority of you can.

It is, of course, Ron Cook of the Pittsburgh Post-Gazette, the veritable nun of the Steelers’ beat, always quick to condemn the shortcomings of any athlete in town, or, at least, so it seems so often. I suppose if it happens often enough, it must come close to the truth.

Cook began his article, published recently, by positing explanations for why nobody else in Pittsburgh seems to be very bothered by Burns’ arrest. The Penguins just won the Stanley Cup for the second year in a row. In the afterglow of another trophy, nothing else seems to matter.

With the trade deadline approaching in baseball, he says, people are starting to take notice of the Pirates and how bad they are, arguing that they “could and probably should be blown up at the trade deadline”. Baseball fans, have at that one if you will.

And, of course, there is the usual desensitization factor. So many players get arrested so often; how much can we care about each one of them? “Who really cares that Burns was arrested for something so trivial as diving with a suspended license and not paying more than $1,000 in traffic tickets?”, he posits.

Of course, it was rhetorical, quickly answering his own question. “Well, I care”. Because of course you care, Ron.

“And we wonder why there is a growing disconnect between fans and so many professional athletes?”, he goes on. “What fans struggle to cope with is the nauseating sense of entitlement that so many pro athletes have”.

And obviously Cook knows exactly what Burns’ issue is, and it just so happens to be that. Entitlement “seems to be Burns’ problem”, he writes. “Either that or a bad case of immaturity. Or maybe a lack of discipline”.

Nevermind the fact that it is the NFL that has created the environment in which 21-year-olds become instant millionaires overnight while doing little to help them transition into an adult life in an era in which it is increasingly difficult to do so at a young age.

Now, there are going to be fans of the sort who don’t care what a player does as long as they do well on the field. I think those people are equally as misguided as the Ron Cooks of the world, who see little nuance in people’s behavior, unless, of course, it’s Ben Roethlisberger.

Burns is a young kid with a lot of responsibilities thrust upon him as he transitions into a new life full of pitfalls. Rather than chiding him, referring to him as “young and dumb”, perhaps guidance would be more useful.