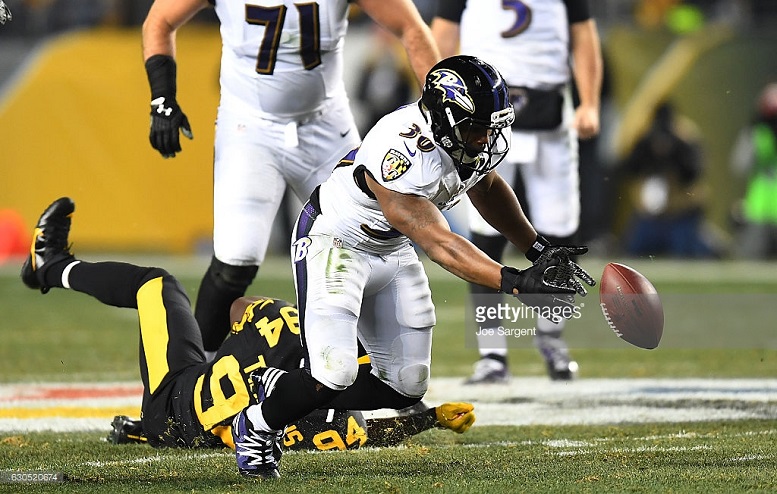 The Baltimore Ravens have had a rough offseason when it comes to injuries and their bad luck in that department is carrying over into the start of their annual training camp as head coach John Harbaugh confirmed on Wednesday that second-year running back Kenneth Dixon will now miss the 2017 season with a torn meniscus in one of his knees.

Dixon, who ran for ran for 382 yards and two touchdowns on 88 carries during his 2016 rookie season, was expected to compliment fellow Ravens running back Terrance West on early downs during the 2017 season. Prior to suffering his latest knee injury, the Louisiana Tech product was already scheduled to miss the first four games on the 2017 regular season due to a suspension for violating the league’s performance enhancing drug policy. That suspension was handed down back in March.

With Dixon now out for the 2017 season the Ravens decided to sign veteran free agent running back Bobby Rainey on Wednesday to add depth on their roster behind West, Danny Woodhead, Javorius Allen and Lorenzo Taliaferro. Rainey spent his rookie 2012 season with the Ravens after being signed originally as an undrafted free agent out of Western Kentucky.