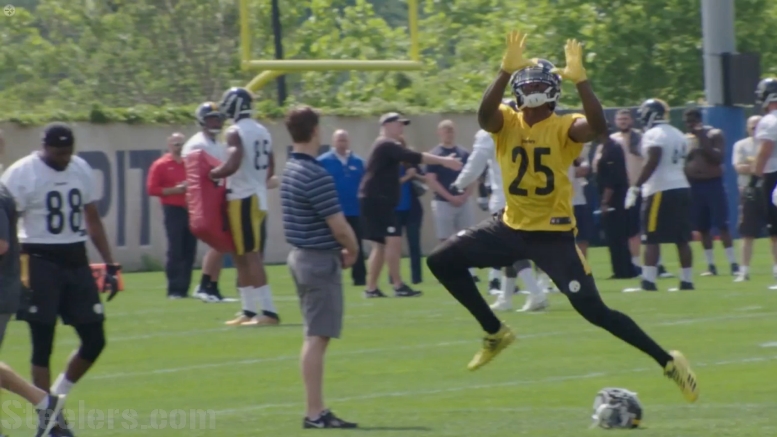 Yesterday, Matthew Marczi wrote about Ramon Foster praising unknown cornerback Mike Hilton, a guy I admit have hyped up during the offseason. Foster praised another, more common name in the secondary, seeing improvement during spring practices.

“Artie (Burns), I feel like he’s had one of the best springs from a year-one to a year-two guy, he’s looked really good,” Foster told Mike Prisuta via the team site.

Burns, by most accounts, has had a good spring and making strides. His June arrest put a slight damper on the feel-good vibe but that won’t affect him on the football field. During the offseason, he said he’s been working on improving his strength and hand use, taking up jiu jitsu, to combat the bigger, stronger receivers in the league.

He’s also said he gained five pounds of muscle during the offseason. With the Steelers playing more man coverage, Burns’ blend of size, speed, and now hopefully, strength, gives him the chance to be the team’s best man corner. Consistency, however, will be the deciding factor, something the man opposite of him – Ross Cockrell – has shown.

Specifically, Foster felt Burns had shown a level of calm that will help him be the more consistent player he has to be.

That all goes back to his football IQ, which Foster said he’s seen get better, calling Burns “very cerebral.” That will allow the Steelers to be more varied in their coverage to get away from the basic, spot dropping Cover 2 that got the team into trouble last year. Notably against the league’s best quarterbacks, like Tom Brady, comfortable and capable of stringing together long drives downfield.

Training camp will begin to show tangible, relevant results of that work and Foster’s opinion. That’s something we didn’t get to see much from Burns last season, held out of part of Latrobe practices with an injury. With confidence in the playbook, a clean bill of health, and probably improved conditioning, Foster’s words will need to ring true for the Steelers’ secondary to reach their full potential.