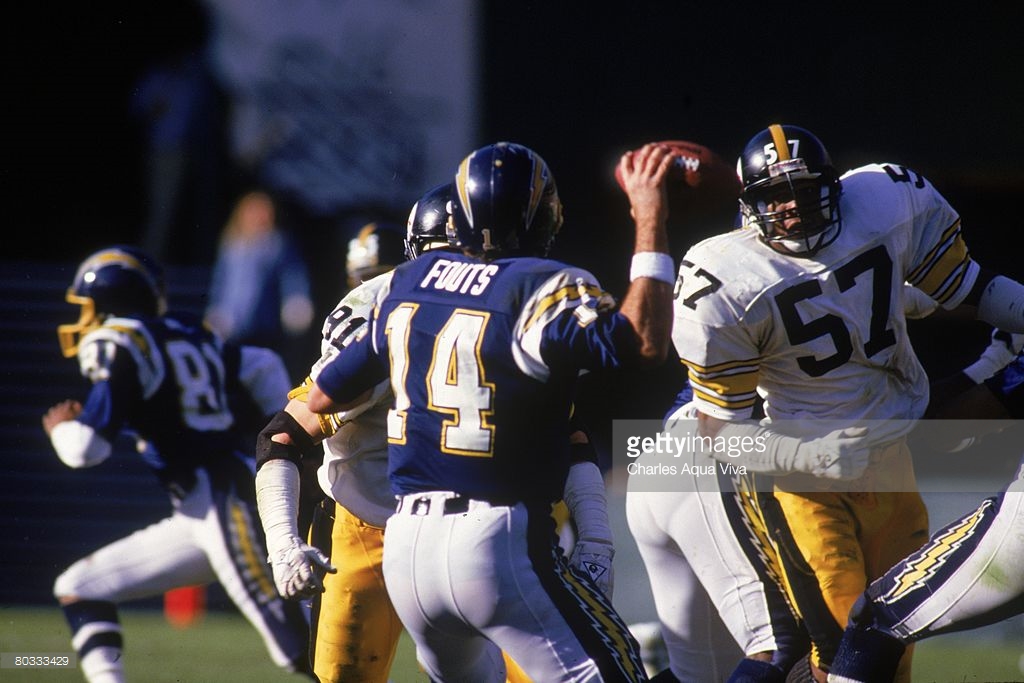 Picking an underrated edge rusher in Pittsburgh is tough. It’s what they’re known for, after all. And those who have had success but regarded as elite were partially a product of their scheme. Sorry, Clark Haggans. You didn’t make the cut.

Mike Merriweather didn’t have that benefit. Similar to Gary Dunn, Merriweather got stuck on some ugly looking Steelers’ teams, the mid-80s gap from the previous dynasty until Chuck Noll would begin to rebuild, Bill Cowher taking the baton and leading Pittsburgh back to the Super Bowl.

There was only one season of statistical dominance in his Steelers’ career but oh my, was it a dominant one. 1984. That year, he racked up 15 sacks on his way to his first Pro Bowl. Not only was that good enough for 5th in the NFL, it’s the second most by a Steeler in a single season in the official, recorded era. Only James Harrison’s 16 in 2008 was more. Not LaMarr Woodley. Not Kevin Greene’s dominant three seasons. Nor Joey Porter. Merriweather is second on the list. For most fans, they could have infinite guesses and still not say his name.

From there, his numbers did fall off. Never did he have more than six in a single season. But he was still consistent and apt at picking the ball off, recording at least two interceptions every year he served as a starter.

Like this one, from his dominant ’84 season, in a blowout win over the San Diego Chargers. Very Polamalu-esque.

Despite the wave of linebackers who have entered after him, Merriweather’s 31 sacks still rank tied for 11th all-time. Had he had a lengthier Steelers’ career, the rest of it ended up in Minnesota, you can bet his name would be much, much higher on that list. And probably disqualified for being an underrated Steeler.