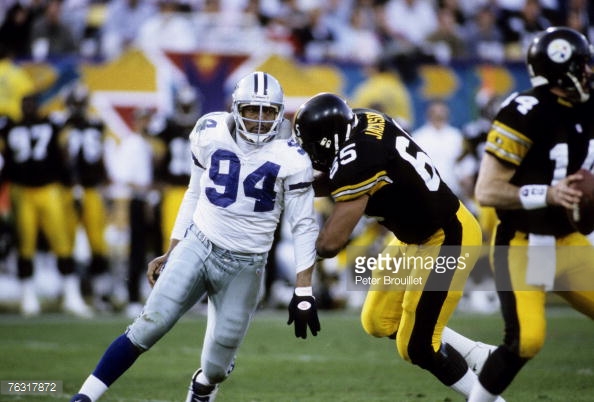 Getting into the trenches with offensive tackles.

The Pittsburgh Steelers are known for plenty of elite talent along the offensive line in their history. But much of that exists along the interior, not at tackle. The best, and most well-known tackles in their history, are Jon Kolb and Tunch Ilkin, the latter for his work in the booth on gamedays.

Beyond those two, the door is wide-open for who the third best or most remembered is. Jackson may be that third name in the former but probably not the latter. One of the better gems not just in his era but all of Steelers’ history, Jackson was selected in the 10th round of the 1988 draft out of Eastern Kentucky.

By his second year, Jackson was the starter and would work on the blindside until his time with the Steelers were up after the 1997 season. In total, he appeared in 153 games, starting 130. That’s third most by a tackle in Pittsburgh, trailing only Kolb and Ilkin. He’s forgotten, perhaps, to playing on some average-ish teams early in his career. After all, his first start coincided with one of the worst losses ever, a 51-0 beatdown from Cleveland in the 1989 opener (the Steelers did make the playoffs that year).

But by 1992, the Steelers turned the corner with one of their best rushing seasons. Barry Foster ran for a first down shy of 1700 yards and Jackson started 13 of those games.

Jackson also started the 1995 Super Bowl along with the entire regular season. He moved onto San Diego for a mega-contract, at the time, making him the highest paid linemen in the game. Reflecting back, he commented it was a difficult decision but the money was too good to pass up. That’s what he said to friend of the site Ron Lippock five years ago. Also offered a cool Dan Rooney story.

“It was real hard to leave. I would not have done the same thing again. The offer – I just couldn’t refuse those numbers.

I talked to Mr. Rooney and Cowher and told them it wasn’t personal, that  I had to take care of my family.  Both understood. Mr. Rooney told me that when I was ready, to come home, to let them know. That meant a lot.

Cowher said “You might want to take the money!” (laughing).”

His last stop was Cincinnati – where he blocked for Corey Dillon’s 278 yard performance – before retiring in 2003, doing so ceremoniously as a Steeler.

Curiously, Jackson never made even a Pro Bowl in his career. But he was steady presence and part of the bridge between Chuck Noll and Bill Cowher while bringing the team back to the level of success they enjoyed in the 1970s.

For the younger crowd, Jackson’s name isn’t one you’d ever really hear about. And for the older group, the Kolb’s and Ilkin’s overshadow a guy like him. There are plenty of good candidates for most underrated – Marvel Smith and Frank Varrichione come to mind – but Jackson edges both of them out.