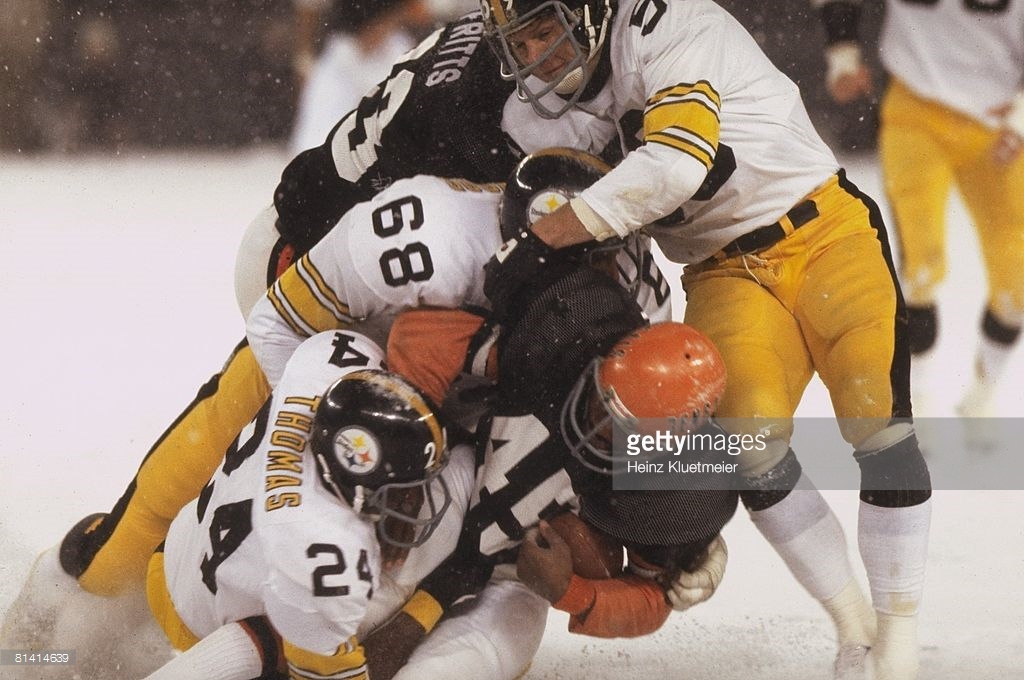 New series we’re kicking off to take us throughout the summer. We’ve written about the best players in franchise history and the most underrated on the current edition but we’ve never gone through the list of most underrated position-by-position. Not the best ones to ever wear a Pittsburgh Steelers’ uniform but ones who fans have – and shouldn’t – forget.

Getting closer to the end with cornerback.

The 70s defense is riddled with household names. Joe Greene. Jack Lambert. Mel Blount. But the supporting cast proved to be just as crucial, including Thomas. He’s a little lost to history but had a productive career. In eight years with the team, 88 starts, he picked off 19 passes.

He had a career high of five in 1974 during the team’s first Super Bowl run, tying the team lead. It was defense that won the Super Bowl, a safety was its first points, and the Minnesota offense didn’t score a point.

“That game was won in the tunnel,” Thomas told Steelers.com in 2014. “[Glen Edwards] bellowed out some words, not words of encouragement. Everybody looked at him and the look went from fear to the game is over. You saw a vibration go from Joe (Greene) to (Jack) Lambert to Dwight (White) where we went crazy. It was on in the tunnel. We knew the game was over in the tunnel.”

He added another in the postseason, a big one in a 24-13 win over rival Oakland Raiders. 1975 brought an even bigger one, a 35 yard interception against the Dallas Cowboys.

Thomas was moved to free safety after Glen Edwards was traded after the 1977 season – and after missing 1978 with a blood disorder. In his final year with the team, he racked up another four interceptions.

Today, Thomas still ranks in the top 15 all-time in franchise history for picks and will probably remain there for some time.

Had he played a decade before or a decade after, he would’ve been one of its best players. In the 70’s, he’s far away from the podium, but enjoyed an impressive career nonetheless.