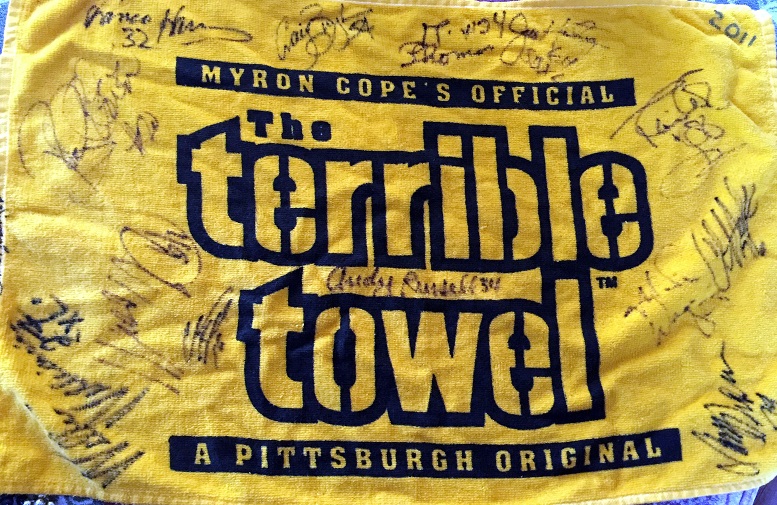 Last week, I opined on the offensive groups going into training camp. Link is here. This week, I move on to the defense and the specialists.

Before we go there; big news is Le’Veon Bell. He was spotted bowling in Miami bowling a few days ago. He saved himself a trip to Pittsburgh since no agreement was reached and in general manager Kevin Colbert’s words, “Le’Veon is scheduled to play this year under the Exclusive Franchise Tag designation. We will resume our efforts to address his contract situation following the 2017 season.” I just hope he shows up to camp and there is no drama like holding himself from team practices.

As with last week, two grades will be assigned for each group; first the starters and how they should stack up against the opposition. The second grade is for the back-ups. There will of course be drop off but how well can the Steelers do if they must step in for a couple games.

Defensive Line: Cameron Heyward and Stephon Tuitt will not have to play 90% of the snaps anymore. Tyson Alualu should be a quality back-up. Javon Hargrave was a pleasant surprise last season. Daniel McCullers has a last chance to release the beast hidden within him. L.T. Walton, Johnny Maxey, Lavon Hooks & others waiting in line for their opportunity. With the shifting defenses, I no longer distinguish between defensive ends, nose tackles etc. and just see them all as defensive linemen. This group could create unpredictability by alternating between penetrating the line to make their own sacks and opening holes to give the linebackers their opportunities to make big plays. A hybrid Lebeau/Butler scheme. Starters: A; Depth: C+

Inside Linebackers: The evaluation of this unit comes down to how bullish you are on Vince Williams. Ryan Shazier has demonstrated that he can dominate in this position. Tyler Matekevich is one back up. Will Steve Johnson or L.J. Fort be the other? A lot to be answered early this season hence room for the grades to be improved. Starters: C+; Depth: C-

Outside Linebackers: Bud Dupree, T.J. Watt and whatever is left in James Harrison’s seemingly inexhaustible tank. Is Anthony Chickillo going to step up or will his ankles betray him. Will Arthur Moats be the man or will Keion Adams make the roster and so end Moats career in Black & Gold?  Will this group bring the sack attack? Another group that has some questions to be answered. Starters C+; Depth: C-

Cornerbacks: Free agent Coty Sensabaugh and draft pick Cameron Sutton will likely determine the quality & depth of this group. William Gay is aging and Artie Burns is at an important stage of his development. Ross Cockrell has doubters but who will step up to take his spot away? Senquez Golson has two strikes against him; time to make a hit or is he done? Is Brian Allen good enough to make the squad? Starters: C; Depth: C

Safeties: Another group mix of old – Mike Mitchell and new – Sean Davis. Journeymen/special team plates Jordan Dangerfield & Robert Golden mixed in. Unless Davis sparkles, this could be the Achilles heel of the defense. I don’t want to see our backfield chasing wide receivers down the field.  Starters: C; Depth: C-

Specialists: Chris Boswell has proven himself, the wildcard is working with new long snapper Colin Holba. Jordan Berry should be okay too if he continues to improve. With the new NFL rules not so concerned about who is returning kickoffs. I’m in the keep AB returning punts until a better option arrives crowd. The big question will be who will Danny Smith be given for the coverage units. Starters: B+

It will be even more beautiful if we are singing this song this coming February: Here We Go