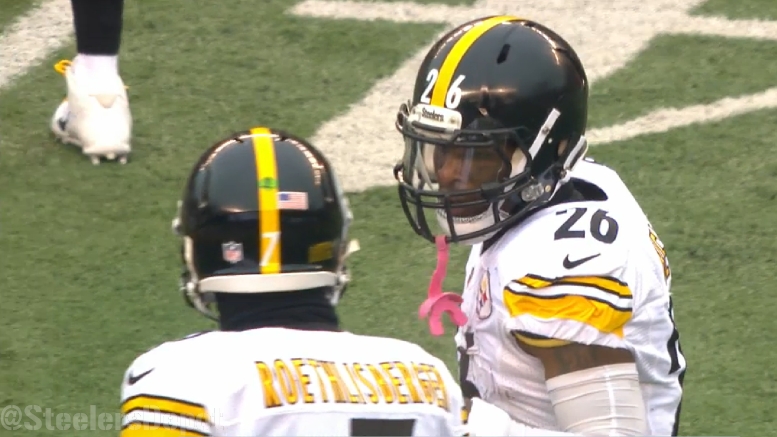 Everyone knows Le’Veon Bell isn’t at training camp. Yet to sign his franchise tag, he’s able to report when he chooses to without financial penalty from the team. Leading up to Thursday’s report date, several Pittsburgh Steelers reached out to Bell in an attempt to convince him to show up. That included Ben Roethlisberger. But according to Big Ben, per the Trib’s Joe Rutter, Bell never answered back.

Roethlisberger said he texted Le'Veon Bell 2x before camp but did not hear back from him. Said he understands Bell's reason for staying away

Choosing not to show up is one thing. But not communicating with your quarterback is an ugly look. Roethlisberger was frustrated when Bell did not show up for OTAs and minicamp. You can only imagine how he feels about him not being there for the start of camp.

“I’m not worried about the chemistry, but I wish he’d be here just because he’s one of the pieces to our puzzle,” Roethlisberger told the PPG’s Ray Fittipaldo in May. “I know he can’t participate because I don’t think he’s 100 percent healthy, but it would be nice to see him here just in terms of the chemistry and learning and being a part of this process. But obviously, it’s up to him.”

Bell will definitely show up, make no mistake. Probably shortly after the team breaks from camp and heads back to Pittsburgh. But one of the “untold” consequences Mike Tomlin referred to might involve a couple of questions from his quarterback.

Bell, by the way, is still in Miami training with his cousin, Jalen.