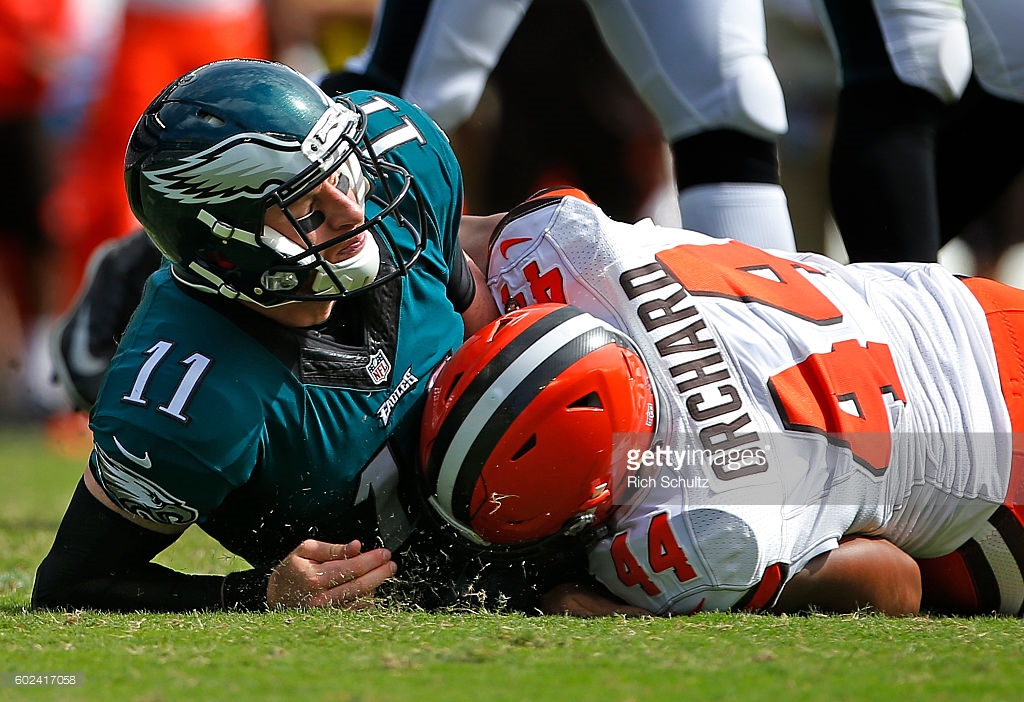 The Cleveland Browns are going through a bit of an identity crisis these days. Really, they are going through a couple of them. There is one crisis that is spread more broadly throughout the organization about where they are headed in the future, and another that is brewing specifically on the defense as they decide what sort of system they want to run.

At the moment, it appears as though they are hoping to generate some flexibility across both 3-4 and 4-3 base defensive fronts under new defensive coordinator Gregg Williams after primarily spending their most recent years in a more conventional 3-4 system.

That is the system into which Nate Orchard was drafted in the second round of the 2015 NFL Draft, but he is not lamenting the greater opportunities being afforded him now to play at defensive end, where he says that he is more comfortable after lining up at outside linebacker for the past two years.

In fact, Orchard himself called up Williams as soon as he was able to get his phone number after the new defensive coordinator was brought on board and told him that he would like to play defensive end. “I told him I was the D-end for him and this is the perfect system”, he said according to the team’s website.

The defender said that “he agreed with me”, adding, “I’ve just got to come out here and prove to these guys this is my home and that’s where I should be”. And he also needs to come back and prove that he is the same player that he was during his rookie season.

After a solid year in 2015, Orchard suffered a severe ankle injury in the third game of the season, which resulted in the Browns putting the young player on injured reserve, from which list he would not be promoted that year. So it’s been a long time since he has gotten the chance to play.

He did say about lining up at outside linebacker over the past two years that “it was good to get that experience under my belt”, but he added, “now that I’m back to my original position I’ve been playing since I was a little kid, it’s fun to be able to do that”.

Still, he will have to scratch and claw for his snaps, whether they come at defensive end or at outside linebacker, because the Browns have a lot of talent in front of him now, albeit largely unproven at the NFL level.

That includes this year’s first-overall draft pick, Myles Garrett, as well as Emmanuel Ogbah, a second-round pick a year ago who spent the spring playing ahead of Orchard. Cam Johnson and Carl Nassib are others that will factor into the equation.

“Like any other business, it’s no different and it’s going to be competition”, he said. “At the end of the day we’re brothers and we’re going to push each other in a healthy competition and we all want each other to succeed”.