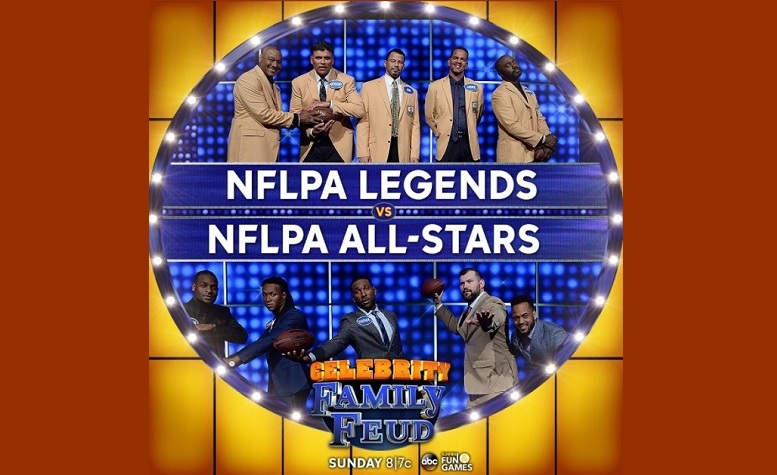 With his July 17 contract deadline looming, Pittsburgh Steelers running back Le’Veon Bell is now back in town after spending some time training in Los Angeles, according to a few recent Snapchats of his. Apparently, Bell was also one of several current and former NFL players to participate in a Celebrity Edition of Family Feud while out in Los Angeles.

Now that it’s been taped, that episode will air Sunday on ABC and it includes Bell playing for the NFLPA All-Stars alongside DeAndre Hopkins, Patrick Peterson, Derrick Johnson and Joe Thomas. That fivesome competed against the NFLPA Legends, Marshall Faulk, Andre Reed, Anthony Muñoz, Derrick Brooks and Rod Woodson.

The winning team will win up to $25,000 for the charity of their choice and the show is of course still hosted by Steve Haervey.

Steelers wide receiver Antonio Brown was on a Celebrity Edition of Family Feud two years ago as part of an AFC versus NFC battle.

With Bell now apparently back in Pittsburgh, he and his agent Adisa Bakari now have 11 more days to feud with the Steelers over a potential long-term contract for the running back.

I think Le'Veon Bell just realized the difference between running back money and NBA money, via his snapchat. #Steelers pic.twitter.com/PbVliYrwPL