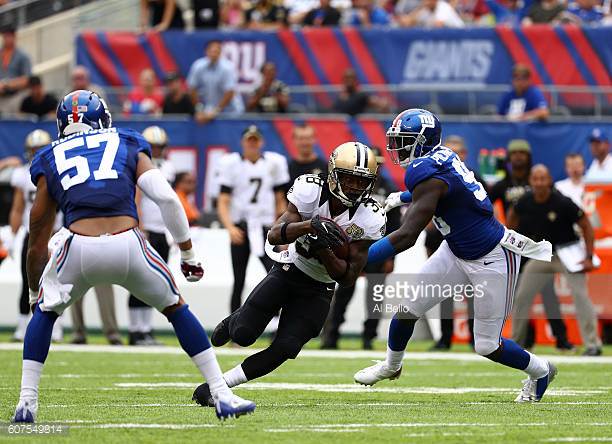 The Pittsburgh Steelers aren’t foreign to making training camp trades. They don’t always work out; see Boykin, Brandon, but when given the chance, they’ll take that leap.

Often when we frame any hypothetical deal, it’s player for pick. But player for player deals at least feel more common in recent years. In 2015, the Vikings sent center Nick Easton to the 49ers for Gerald Hodges. The same year, the 49ers sent an offensive linemen for tight end Asante Cleveland. And last year, the Titans sent Dorial Green-Beckham packing to Philadelphia for tackle Dennis Kelly.

Those are just a couple examples to prove the larger point. Player-for-player makes sense. There’s no future assets given up. Teams are always protective of picks, but less so of what they currently have. If you know your guy isn’t going to make the roster and the other teams knows their guy isn’t either, you can swap to find someone who will.

I don’t want to delay any further. Here’s my proposal.

The Pittsburgh Steelers trade Justin Hunter to the New Orleans Saints for running back Travaris Cadet.

For the immediate naysayers, there are always several, you can substitute Hunter’s name for “receiver you don’t think will make the roster” here. The point is this. Pittsburgh trades away their strength, receiver, and New Orleans does the same.

In June, Aaron Wilson tweeted the Saints were looking to deal him.

Saints exploring trade scenarios for Travaris Cadet prior to training camp, according to a source. Jets were interested during free agency

And the Saints’ beat writer for ESPN left Cadet off his recent roster prediction, citing the signing on Ted Ginn Jr. and the drafting of Alvin Kamara as nails in the coffin. Clearly, a deal didn’t get done for Cadet but teams are reluctant until they get in camp and see what they have. Then they start to explore outside options.

Why Cadet? Knile Davis may not work out. His resume as a runner is unimpressive and if he stumbles as the team’s kick returner, he’s the favorite going in but isn’t guaranteed, the team lacks an obvious replacement. Sammie Coates is likely to be the fallback candidate.

Cadet is a more impressive version of Davis. Seldom used as a runner, it’s unlikely he would be put in that role anyway as the Steelers’ #3 back. He’s a major asset out of the backfield though and that’s exactly what the Steelers would want if they lost Bell to injury. Conner does the work between the tackles, Cadet comes in on third down.

Last year, he caught 40 passes for New Orleans, scoring four times. In his career, that reception figure stands in at 102 with seven total TDs. But he also has experience as a kick returner, boasting a career average over 24 yards. It’s not the most impressive number in the world but in Pittsburgh, good enough.

Hunter should have a good camp. With his height/weight/speed, you’d expect him to stand out in practice and beating up on inexperienced corners in the preseason. That will create a little more noise, a little more value, and give the Steelers the opportunity to move him.

He could function as the Saints’ #4 WR, an upgrade over Brandon Coleman. At the least, he’ll make the team in New Orleans. In Pittsburgh, that’s in doubt.

I’m not saying this is a deal that should be done on Day One of camp. It’s important to see how Davis performs; I’m not going in assuming it will be good or bad. But if he struggles, and the Steelers are low on options – they will be – trading for Cadet is better than hoping something shows up on the cutdown date. Cadet is cheap, he’ll be a FA after this year and owed just $775,000 this year. It’s basically a swap for Davis. And in some areas, a clear improvement.

Not to derail my point too far but if I wanted to throw another name at you, look towards the Los Angeles Rams’ Lance Dunbar. Similar mold to Cadet, though he has a much better chance of making the team. The Rams also brought in Hunter for a pre-draft visit, giving another link on paper. Of course, the coaching staff has been gutted by then so the point is a little moot.

If there’s one trade the Steelers end up making, this one is sensible.