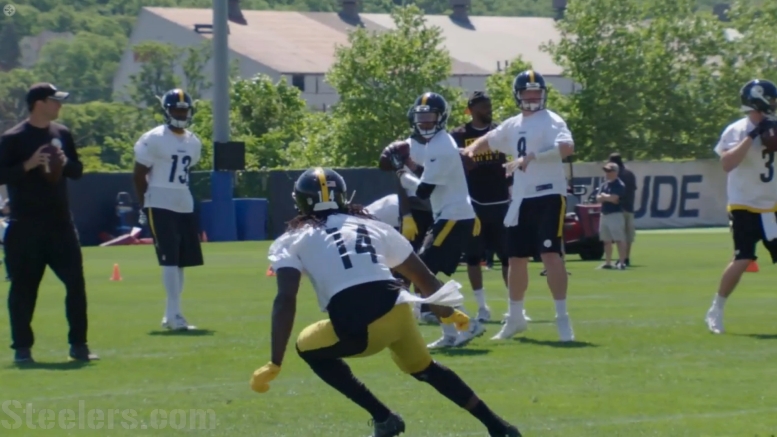 Nobody will confuse Pittsburgh Steelers quarterback Joshua Dobbs for a dunce. The engineering major is regularly regarded as the smartest person in the room, a claim that can apply in nearly any room he is likely to be in as he pursues his football career after being drafted by the Steelers in the fourth round of the 2017 NFL Draft.

He recently spoke to the team’s website about his first offseason and his football background, including what drew him in particular to the quarterback position. He said that football was always his passion over other sports that he played, and quarterback in particular scratched a certain itch.

“I played quarterback growing up because it is a very strategic game, strategic position”, he said. “It’s a chess match with the other team. A lot goes into it. Interacting with your teammates, studying your playbook. Understanding your schemes and the defensive schemes. It’s a chess match”.

Dobbs’ background for his major revolves quite a bit around solving problems, and that, too, is something that draws him to the quarterback position. “I enjoy the puzzle being an engineer. Engineers go out and fix problems”, he said. “As a quarterback that is your mindset, fix the problems presented by the defense and go out and figure out how to move the team down the field. I enjoy that aspect of the game”.

That is certainly not something that every player is going to appreciate, and we have often seen talented quarterbacks flame out after a few years because they ultimately could not develop the mental part of the game, routinely making the same mistakes and as a result allowing defenses to play them even better, in effect making him look worse because of the lack of adjustments.

Dobbs does not intend to have that problem, but he knows that, as a rookie, he is already coming into the league with problems in his game that he has to solve before he can even get on the field. After all, it is not as though he was supposed to be a first-round draft pick. He is a project.

But he is excited about getting out of the classroom and being able to devote all of his time not just to football, but also simply about taking care of himself properly with the appropriate amount of sleep, in addition to regular meals.

He told the team’s website that that was a routine issue in college while trying to juggle a very demanding major with football, approximating that he went without enough of one or the other about half the time.

Dobbs’ ultimate goal on the football field, he said, is to “dominate”, whether that is “mentally, physically, leadership wise”. He intends to bring all three aspects to the table with the Steelers, although he may be a bit of a long way away from playing.