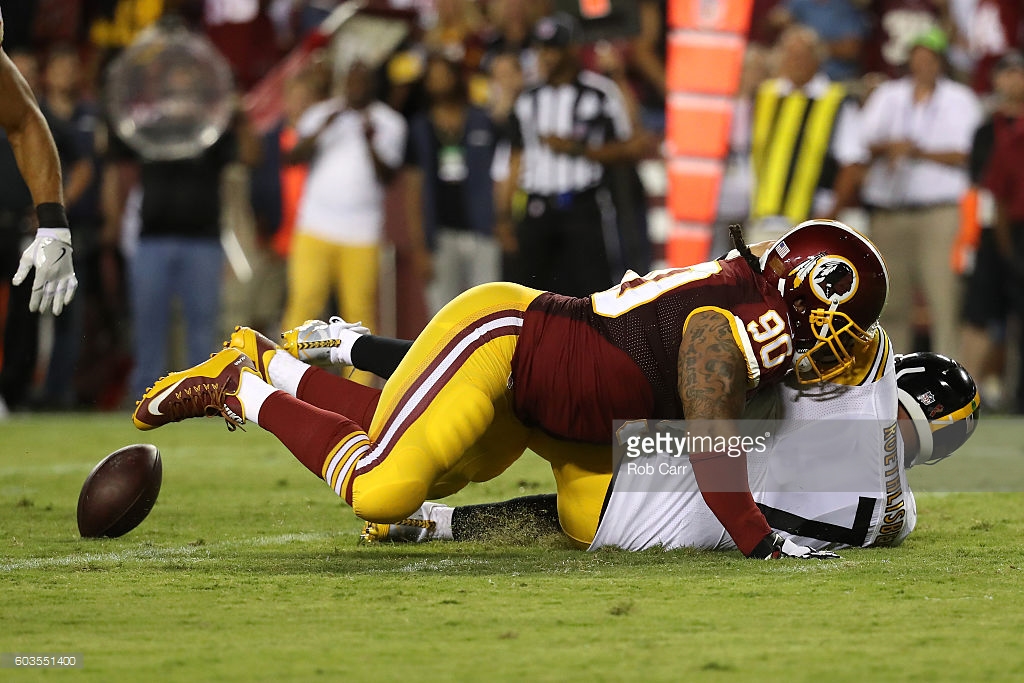 Over the course of the summer leading up to training camp, as suggested by one of our readers, I’m going to be taking a look at the post-Steelers careers of some of the team’s most notable free agency departures, including a couple of notable players who the Steelers released.

While there might be some who view the selection of Ziggy Hood in the first round of the 2009 NFL Draft as the drafting of a bust, I don’t think that he would qualify. It helps that he was the 32nd pick of the round, but the simple fact of the matter is that he has not had a bad career.

During five years in Pittsburgh, he was far from a star—though he played very well in the second half of the 2010 season during a historic campaign for the rushing defense—but he was more often than not a solid contributor and a frequent starter.

He started 46 games for the Steelers over the course of his final four seasons, but his final year in Pittsburgh in 2013 saw him lose his starting job to another former first-round pick, Cameron Heyward. After that season (in which he had a career-high three sacks and the second-most tackles despite starting seven games) he moved on.

He signed a nice, four-year, $16 million contract with the Jaguars. Unfortunately for him, he didn’t even see half of it. After one season, with no starts, making 24 tackles with a sack, Hood was released in October of 2015. He signed with the Bears a couple of days later, but hardly even dressed.

Last year, he was given a one-year deal with Washington, getting the chance to play the Steelers on opening day, though he only had two tackles in the game. On the season, he started 14 of 16 games, making 33 tackles with a sack, three passes defensed, and the only forced fumble of his career.

He re-signed with Washington on a two-year deal worth $2.7 million in base salary and likely to be earned bonuses. He may not have wound up being the player the Steelers hoped they were drafting, but he is still finding work nine years into an NFL career, and that’s more than most can say.