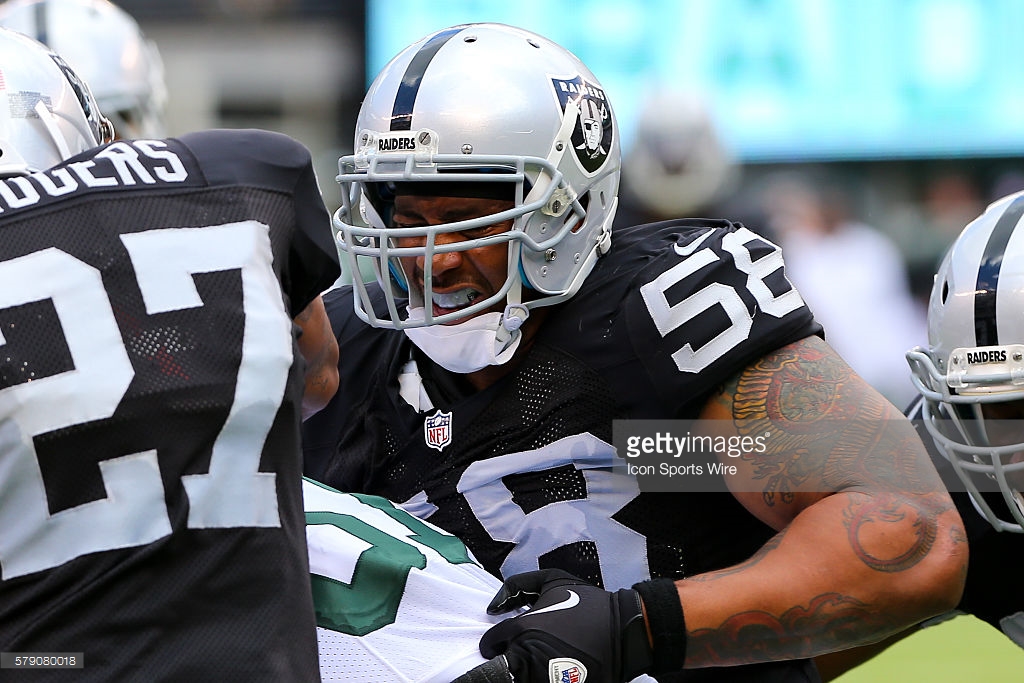 Over the course of the summer leading up to training camp, as suggested by one of our readers, I’m going to be taking a look at the post-Steelers careers of some of the team’s most notable free agency departures, including a couple of notable players the Steelers released.

I can’t think of a player in recent team history off the top of my head who at such a relatively young age had been performing at such a high level only to sink so far so quickly as had LaMarr Woodley, the second draft pick ever made by Mike Tomlin as a head coach.

A second-round pick in 2007, he recorded four sacks in spot duty and entered the starting lineup the following year. Over the next three seasons, he compiled 35 sacks, with at least 10 sacks in very season, to go along with three interceptions and six forced fumbles, plus 12 passes defensed.

Yet his 2011 season was off to an even better start until there was suddenly the beginning of the end, literally in an instant. That year, in the eighth game of the season, as he was heading for his third sack of Tom Brady, Woodley’s hamstring snapped, and he fell as though he had been shot in the back of the leg.

He had by that point already racked up nine sacks on the year, heading for 10, putting him on a pace to break the franchise record for sacks in a season. He was having an MVP-caliber year. And then he was never the same again after that.

Woodley played four more seasons after that, including the next two with the Steelers, but he never posted more than five sacks in a season again. After another injury-riddled 2013 season, Pittsburgh released him, and he signed with the Raiders.

He started five of six games with Oakland, registering just five tackles, before being put on injured reserve. He joined the Cardinals for the 2015 season, posting 10 tackles and the last sack he would ever record, doing so in 10 games, with seven starts.

Woodley has been maligned since he left Pittsburgh, but it should not be forgotten how dominant he was for a time, and he played his best when it mattered the most, in the playoffs. He recorded 11 sacks in eight postseason games, including six sacks—and the Super-Bowl clincher—during the Steelers’ three-game postseason campaign that delivered them their sixth Lombardi in 2008, his second year.