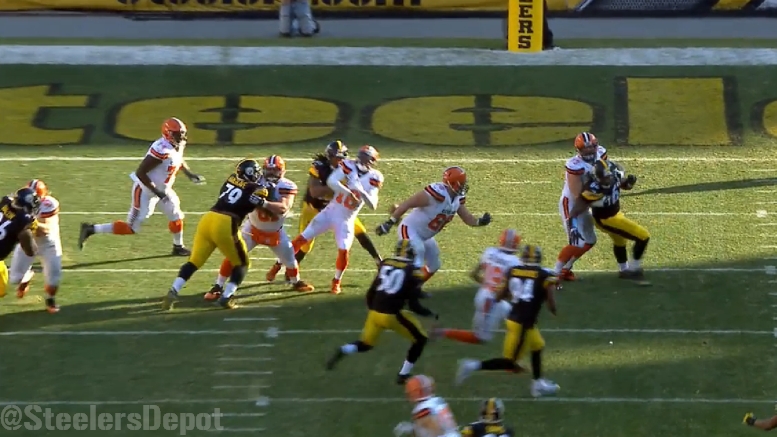 Topic: What would be the Steelers’ preferred third-and-long defense?

For the sake of simplicity, let’s say that we are talking about a scenario in the game in which the offense is trailing and is facing something like a 3rd and 7. They align in 11 personnel with three wide receivers, and they look like they’re going to pass. What is your defense?

Javon Hargrave’s growth, and the general improvement of the depth along the defensive line, could persuade one to leave the 3-4 front on the field even in this situation, if the defense really is that much better generating pressure up the middle.

The standard answer would be the typical nickel, replacing the nose tackle position—though not necessarily replacing Hargrave—with a third cornerback. But in such a situation, you could also replace Williams for a linebacker you’re more comfortable with in coverage. Right now the only option on that front could be L.J. Fort.

Or do you swap out the linebacker altogether and go for a defensive back? Robert Golden has been used in that role a decent amount the past three years. Daimion Stafford could also be an option this year. That would still give a bigger presence in case of a run.

But they do have cornerbacks this year, and even some cornerbacks with size. You could use a fourth cornerback to line up against a running back or a tight end, especially if you are particularly confident that they are going to pass. There are a lot of options, and it could take a while to sort out.