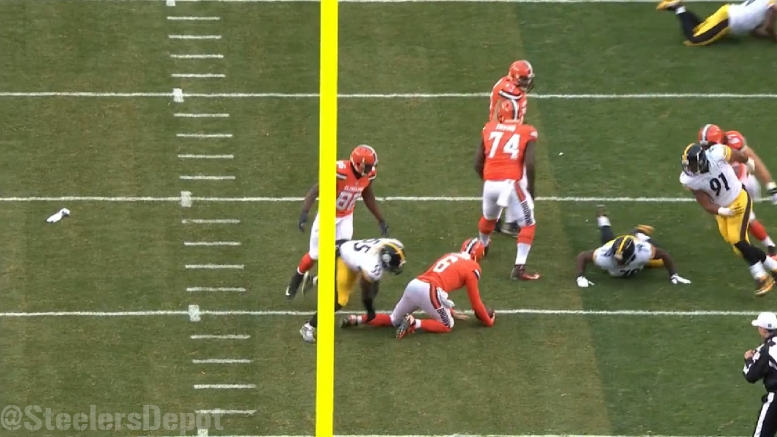 Up twenty-second in this series is a 2017 preview profile of outside linebacker Arthur Moats.

Intro: Moats’ 2016 season in Pittsburgh was primarily spent as a backup player. He did, however, start the first five regular season games in place of the injured Bud Dupree and roughly half of all defensive snaps played by him in 2016 came in those first five contests. The veteran ended the regular season with 21 total tackles of which two came on special teams. He also recorded 3.5 sacks in 2016 along with three defensed passes.

Current Strengths: Overall leverage is perhaps Moats’ biggest strength as he enters his eight seasons and that’s due to his compact build. He still sets the edge reasonable well against the run. His tenacity and never-give-up attitude helped produce a few of his sacks last season. His overall athleticism is still in good shape, however, and it allows him to drop effectively and twist inside with relative ease from an outside alignment and he can move from sideline to sideline and downhill. He’s a solid character player and a great leader in the locker room to boot.

Current Weaknesses: As a pass rusher, Moats is too easily stymied on the outside by tackles and he struggles to disengage quickly enough after his first move is thwarted. He lacks a large repertoire of effective counters and doesn’t possess much of a bull-rush or rip move. In short, he’s just not a very consistent pass rusher at this stage of his career.

2017 Outlook: Assuming Moats ultimately makes the Steelers final 53-man roster in 2017 and there’s no guarantee that will happen, he’ll once again serve as a depth outside linebacker and probably on the left side of the defense. Additionally, Moats will likely again need to show he can handle duties on special teams which is usually the case for most backup linebackers league-wide. His $2.5 million 2017 base salary could ultimately work against him later this summer, however.

2016 Stat That Matters: 3.5 sacks last season were tied for fourth-most on team