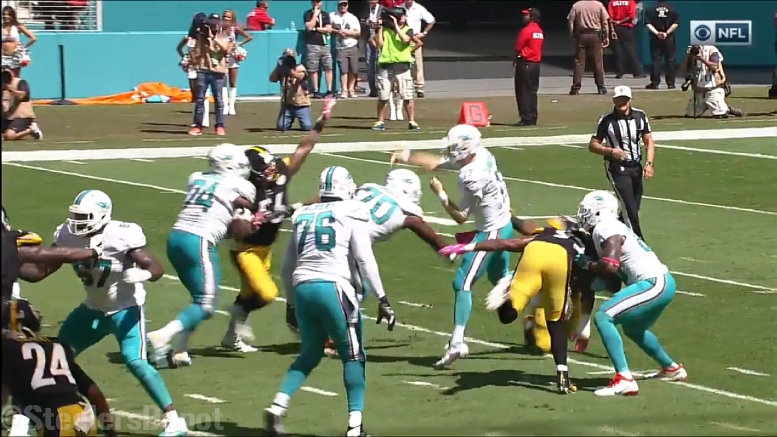 Up thirtieth in this series is a 2017 preview profile of outside linebacker Anthony Chickillo.

Intro: Chickillo slowly worked his way up the outside linebacker depth chart last season and eventually overtook Arthur Moats on the depth chart at left outside linebacker while normal starter Bud Dupree was sidelined the first half-plus of the regular season with an injury. Chickillo started seven games in total and registered 29 total tackles that included 2.5 sacks and two forced fumbles. Was also credited with 7 quarterback hits and he logged the most special teams snaps in 2016 for the Steelers.

Current Strengths: Chickillo possesses a better than average get-off and he uses his hands well. He won’t get pushed around on the edge against the run due to his overall functional strength and nice arm extension. Solid football IQ and effective twister to the inside on stunts. Can strip football if gets to quarterback. Showed toughness last season when he played through a late-season ankle injury.

Current Weaknesses: Chickillo needs to develop more counters moving forward and must do a better job of getting himself unstuck at the line as a pass rusher. He’ll probably never be an excellent bender around the corner so needs to get creative when flattening to the quarterback off the edge.

2017 Outlook: Chickillo will likely be the primary backup to starter Dupree on the left side of the defense in 2017 as that’s pretty much how he ended up the 2016 season. He’ll probably net roughly 300 defensive snaps and be asked to be a core special teams player once again, which is an area he excelled in last season.

2016 Stat That Matters: Led team in special team snaps having played 62.5% of all