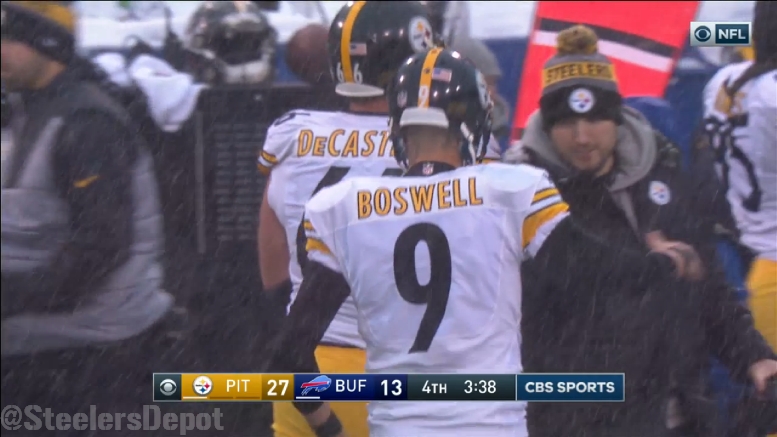 Last day of these so thanks for sticking around. We’ll top it off with a look at your kicker and punter.

Intro: The Wizard of Boz was excellent again last year, making 21 of 25 field goals. Two of those misses came from 50+. Over the last two seasons, he’s made 87% of his field goals. He was also perfect on extra points at a time where plenty of kickers struggle.

Current Strengths: Ice in his veins. Makes clutch kicks. Doesn’t get down and lose technique when he misses. Good (not great) leg. Able to kick in bad weather. Willing tackler. Tough by a kicker’s standard. Gets good hangtime on kickoffs.

Current Weaknesses: Does not have a booming leg, range is limited to around 51-53 yards. Kickoffs went south in big moments, needs to work on consistent placement and keeping the ball inbounds.

2017 Outlook: Boswell is the only kicker on the roster and his job is clearly secure. He’ll have to work on getting the operation down with new long snapper Colin Holba but beyond that, there isn’t much to be worried about.

2016 Stat That Matters: Went 14/15 on field goals in November and December