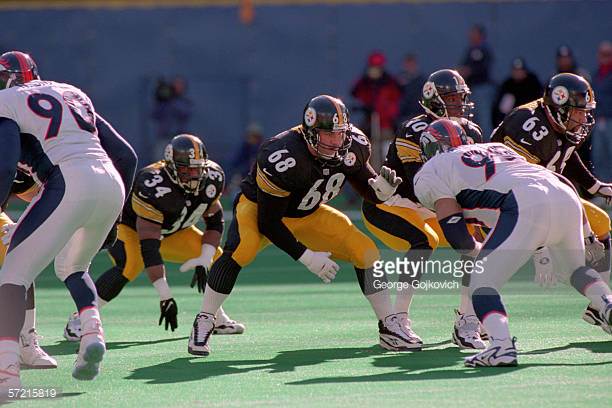 I’ve gotten requests to use this series to look at older players instead of ones from the early-mid 2000s. That’s where we’ll shift to today with offensive guard Brenden Stai.

Stai starred on Tom Osborne’s famous Nebraska teams, led by Tommie Frazier and the Huskers’ bruising option attack. It earned him a third round selection by the Steelers in the 1995 draft. He wound up starting nine games his rookie season, partially in place of John Jackson, limited due to a bum knee.

Stai would start exactly nine games the next two season before taking over as the full-time guy in 1998 and 1999. Most of that work came at right guard but he was versatile enough to fill in at tackle as a pinch, like one 1998 game against the Seattle Seahawks.

After his rookie deal was up, Stai tested free agency and landed on the Kansas City Chiefs’ roster. Blame the front office power struggle between Bill Cowher and Tom Donahoe for that. Stai would tell friend of the site Ron Lippock that was a big reason why he wanted to try somewhere else.

” However, when losses start mounting, rumors start flying, people begin to look over their shoulder and eventually the culture and climate of a team becomes toxic,” he said in 2011. “It was time for a change and I was one of the pieces to that puzzle.  Everyone knew their was something wrong with the formula in Pittsburgh (Cowher and Donahoe) plus we just were not the team that went to the Super Bowl. ”

But after good health to the starters muddied up his chances at making the roster, they promptly traded him to the Jacksonville Jaguars for a 4th round pick. Again, he started every game. But Stai began the journeymen part of his career, released by Jacksonville in a cost-cutting move. He signed a hefty five year deal with the Detroit Lions in 2001, enduring another 16 start season.

The following offseason, he was traded – again – to Washington for a pick. The Redskins would spell the end of his career, starting only five games. After the briefest of times with the New England Patriots, his career came to a close.

Post-football, Stai has lived a seemingly busy and fruitful life. His LinkedIn page lists every step of his adult life. And guys, it might be the greatest thing I’ve ever seen. For each team he played for, he left a short summary of what he did. 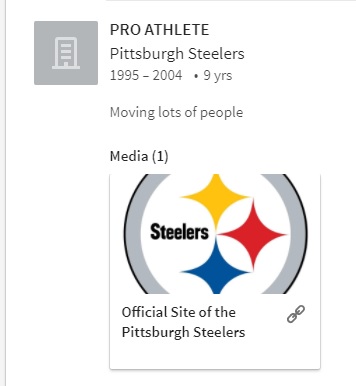 Stai quickly began his two passions: coaching and real estate. He did both at the same time, while dabbling in scouting – he served as a Regional Combine scout in 2014 – and going back to Nebraska to get his Master’s degree. He interned with the Huskers’ football team, continued his real estate career, and became the owner of Gemtext Recycling. He also either founded or worked with Clothes For The Cause Fundraising, partnering up with communities around the USA.

Present day, his bio says he’s still involved with those two organizations. He is the offensive line coaches at Norris High School back in Nebraska and a real estate agent for Keller Williams Realty.

At the end of his interview with Lippock, Stai made sure to say thank you to Steelers’ Nation.

“Just want to say thanks for all the great memories.  You are the best fans in the world!  Always loved driving on game day, passing through the parking lot full of fans staying warm by trash cans of fire…five hours before kickoff. Here we go Steelers….. here we go!”

Brenden Stai, your blast from the past.