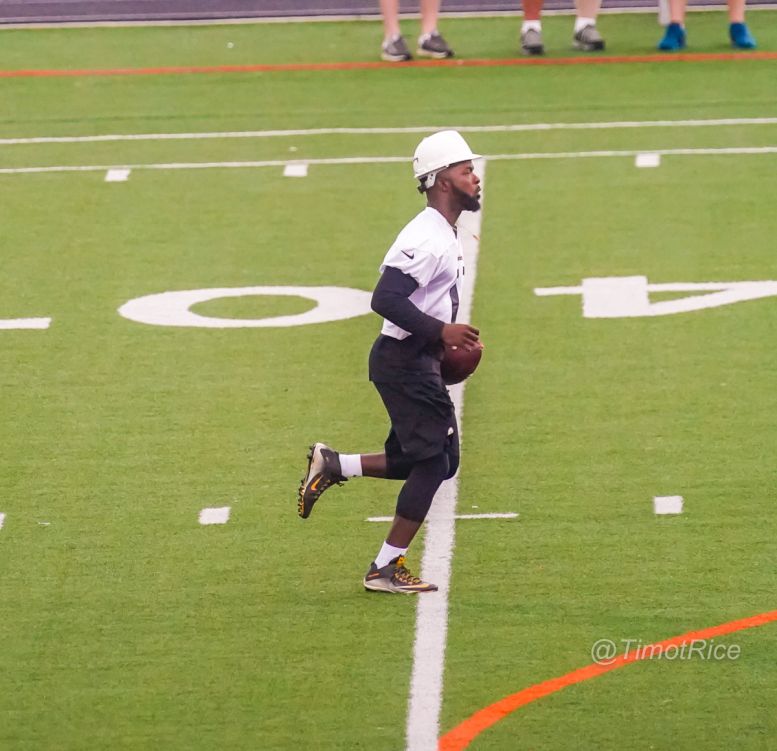 Ever since the Pittsburgh Steelers selected former USC wide receiver JuJu Smith-Schuster in the second-round of this year’s draft, fellow wide receiver Eli Rogers has become an afterthought in the minds of most fans of the team. Quarterback Ben Roethlisberger, however, hasn’t forgotten about Rogers as the team continues their annual training camp and he spoke highly of the former undrafted free agent out of Louisville during a Monday afternoon interview with Ike Taylor of the NFL Network.

“I’m excited,” Roethlisberger said of Rogers. “Eli, not a rookie last year, but rookie playing – first year playing, really did some good things [last year]. [He] came on strong late in the year.”

After having his 2015 rookie season wiped out during training camp by a foot injury, Rogers made the Steelers 53-man roster in 2016 as the team’s starting slot wide receiver. He went on to register 48 receptions for 594 yards and three touchdowns during the regular season in 13 games played and added another 13 catches for 112 yards during the Steelers three playoff games.

Roethlisberger said Monday that he spent some time with Rogers during the offseason.

“I spent a lot of time in the offseason with him individually looking at film at how he can be better,” Roethlisberger said. “I see so much growth in him and am excited about what he brings in the slot. Quickness, toughness, a guy that can get open against linebackers with his speed and quickness and can use his size. I know it sounds silly with a smaller guy, but just that he’s got the strength to get open against smaller guys. ”

While Smith-Schuster might ultimately wind up being the Steelers future primary slot wide receiver, Rogers still needs to be viewed as the team’s starter with four training camp practices now in the books. Additionally, Smith-Schuster is currently battling back from an ankle injury that he suffered during the team’s first training camp practice while Rogers, who has been wearing a hardhat daily upon arriving to the fields of Saint Vincent College in Latrobe for practices, has yet to miss a session.

“So, really excited to see the growth that he [Rogers] can bring to this team kind of in year-two to three, even though it’s only his second year playing,” Roethlisberger said.

While Rogers’ first and last name doesn’t include a B in it, Roethlisberger still considers him to be a member of the Killers Bs just the same on a technicality.

“Eli’s middle name is Bill, so he’s a Killer B, too,” Roethlisberger said before laughing.