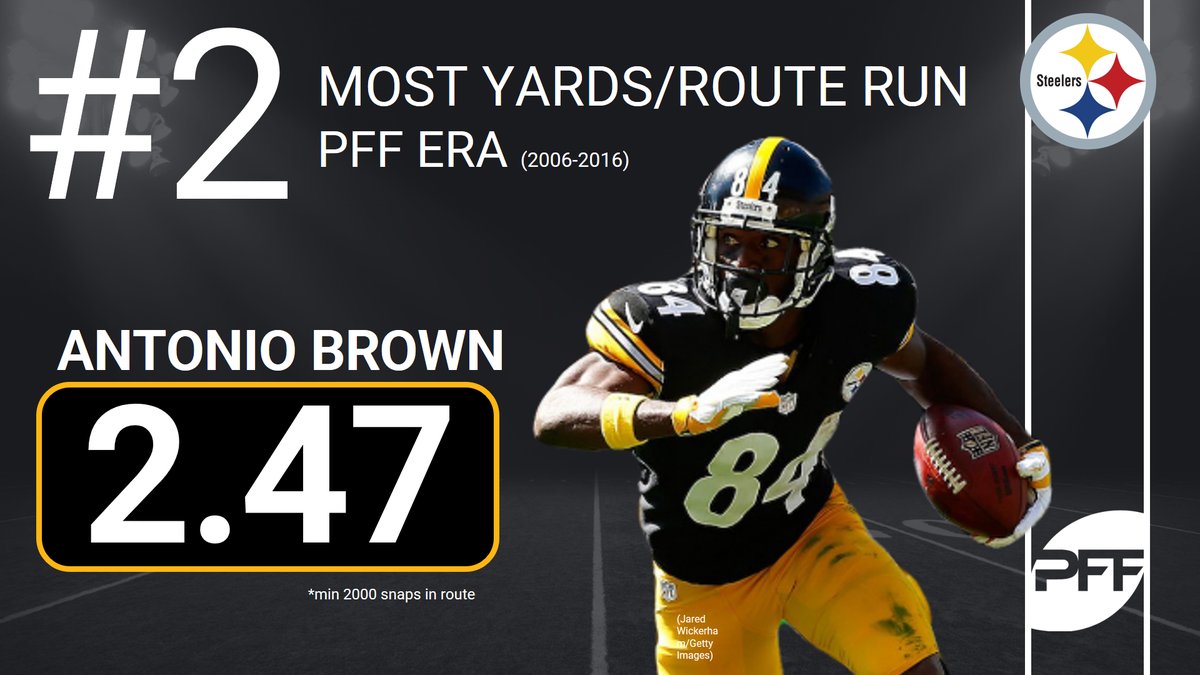 While we are on the subject today of longitudinal statistics, previously looking at the fact that Pittsburgh Steelers quarterback Ben Roethlisberger has since 2006 averaged more yards per pass attempt under pressure than anybody else in the league, I thought it would be fitting to continue the theme, and touch on another longitudinal statistic about his favorite target, wide receiver Antonio Brown.

I think it would be fair to argue that Brown’s rise into stardom has largely coincided with Roethlisberger playing some of the best football of his career. Brown is the best wide receiver that he has ever had to play with, and while the quarterback has grown largely on his own, that growth was assisted by being able to play with a first-team All-Pro.

To that end, it is worth pointing out that nobody except Julio Jones of the Falcons has averaged more yards per route run over the course of the past 11 seasons than has Brown, which is impressive when you consider how little time he misses on the field, both in terms of games and snaps within games.

Brown is probably one of the few receivers in the league who actually gets almost no breaks at all over the course of a game. At least that was the case last season, when, barring an obvious or insignificant outcome, Brown almost logged every possible snap he could have taken. Within those snaps are obviously some ‘rest’ snaps, so to speak.

Still, he has averaged nearly two and a half yards per snap in route over the course of his career, which is a truly exceptional longitudinal total. That means that for every time he runs a route, he averages, to be specific, 2.47 yards. That’s like catching a 10-yard pass once every four pass attempts for the entire team.

Generally speaking, we are in something of a golden age of wide receivers, and it is not just because of the way that the rules bend these days. There are simply some incredible talents out there these days, and Brown is among the very best of them. Many would argue the best.