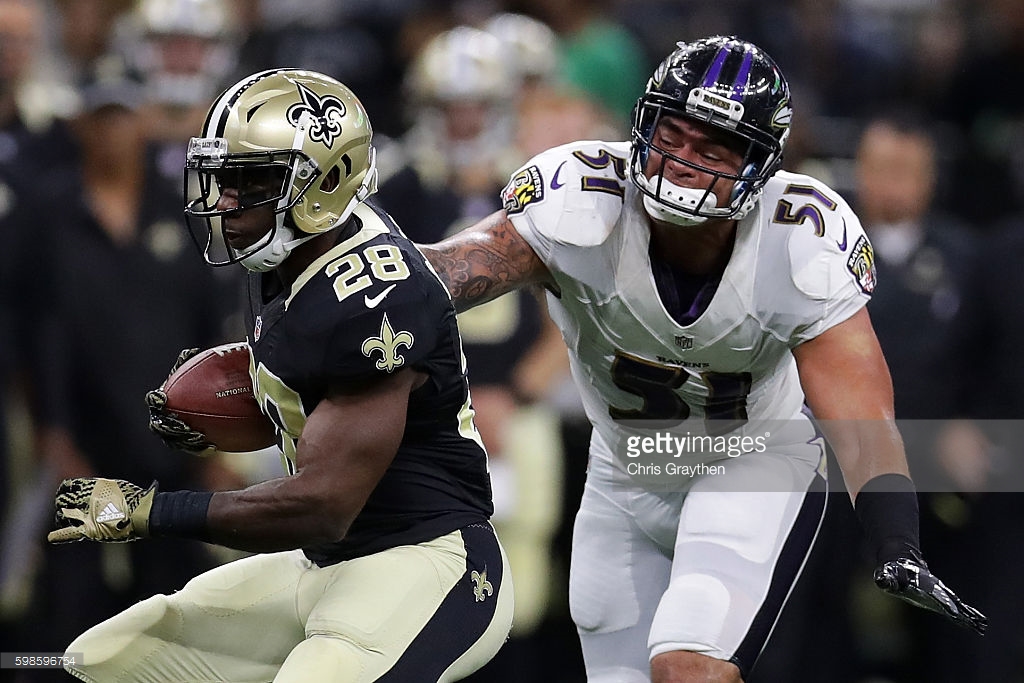 Baltimore Ravens 2016 second-round pick Kamalei Correa didn’t play much during his rookie season. He registered statistics in just two games, totaling four tackles, including a forced fumble, though he was limited to only nine games before he was placed on injured reserve with a rib injury.

He will most likely be counted upon to play a vastly greater role this season, potentially being anointed the starting inside linebacker next to Pro Bowler C.J. Mosley after the Ravens parted with Zachary Orr, whom they thought was going to retire but is now attempting to return to the league in a story we have covered.

One of the issues, potentially, that resulted in Correa struggling during his rookie year and finding difficulty landing a position is for the same reason that Pittsburgh Steelers 2016 rookie defensive back Sean Davis struggled. The coaching staff was asking him to do too much, assuming multiple roles.

This year, Correa is fixed into the inside linebacker position and gearing up for potentially a starting role in an offseason that he says is far less hectic than was his first foray into the ranks of professional football.

“I would say, in Year 2, you just kind of know what to expect and what’s coming”, he told reporters according to the Baltimore Sun. “You know the playbook a lot better, you know where your help is, you know what you’re doing and you’re not just running around like a chicken with his head cut off. So really, you just kind of get a better feel. And really, it’s just not so crazy”.

This is a common theme that we hear from virtually every second-year player every season, and there’s a very simple reason for that: it’s true. The old adage that players make their biggest jump from their first year to their second is an old adage that is still used because there is wisdom in it.

Correa told reporters that “last year was tough”, and this year wants “to just be myself” and “have fun.  That has really been my main thing this year, and that is not even starting with on the field. That is just off the field, in the meeting rooms, when I go home with my family, just be myself”.

While the second-year player is not going to simply be handed a starting job, it would seem that he is the most likely candidate. Veteran Albert McClellan, who is capable of playing both inside and outside, should also be in the mix, but he is more of a super-sub than somebody that you want as a full-time starter.

The Ravens don’t have many question marks on their replenished defense, but the starting inside linebacker position opposite Mosley is one of them. Correa anticipates being the answer. “It’s really up to me if I want the job or not”, he said, an attitude that you have to appreciate.