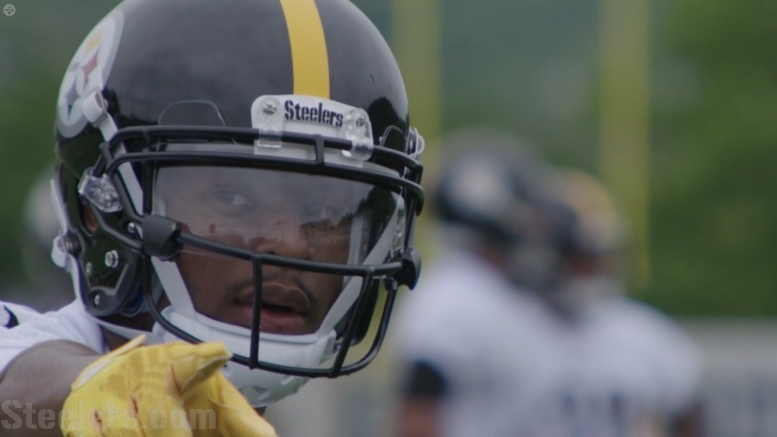 I don’t know what his playing time is going to look like once he gets on the field, but JuJu Smith-Schuster has done nothing but impress, both on and off the practice field, since the Steelers used their second-round pick in the 2017 NFL Draft to add him to their suddenly deep corps of wide receivers.

The most compelling takeaway from his spring experience, to me, is the reports about how he worked extensively both on the outside and in the slot, which is obviously going to accelerate his path toward playing time. The more roles you can fill, the more likely a role will open up that you can play.

Offensive coordinator Todd Haley was cautious very early in the spring speaking about putting too much on a wide receiver’s plate too soon, saying that he likes to keep a young player at one spot until he shows that he can handle it, so the fact that Smith-Schuster has already been moved around a fair bit is not insignificant.

There is, of course, his work ethic, which we have heard about a number of times. He said that he catches around 240 passes from the Jugs machine after practice in sets of 20, using different speed and different distances to get the most variety possible. And if he drops one during a set, he starts it over.

Some people were pretty unhappy that the Steelers used a second-round pick on a wide receiver in this draft, but I think the majority of those in that camp have come around, at least to a degree, as we have learned more about the specific wide receiver that they added to the roster.

The youngest player in the draft, Smith-Schuster is not a burner, but has been likened to Hines Ward and Anquan Boldin, comparisons in which he takes pride. Both wide receivers have always come from a grittier mold, willing to stick their facemasks—literally—into their opponents.

Of course we need to see what the young man looks like with pads on and in the preseason before we start anointing him. The Steelers already have Eli Rogers in the slot, after all. But the bottom line is that the past few months on the Smith-Schuster front have been nothing but positive.